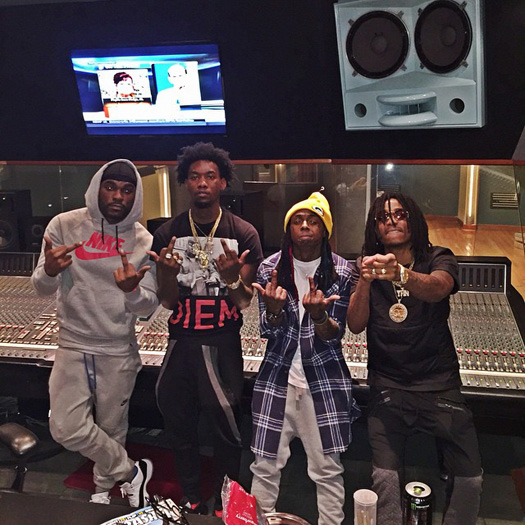 Migos recently sat down with The FADER for an interview about their upcoming debut studio album, YRN Tha Album, which will be released on June 16th.

During their conversation, the Atlanta rappers confirmed that Lil Wayne, Meek Mill and Chris Brown will be the only featured artists on their project. They also mentioned that when they were in the studio with Weezy working on Fantastic, they didn’t leave until 6AM in the morning.

You can watch the interview in the video below. Tunechi previously collaborated with Quavo, Offset and Takeoff on the Sorry 4 The Wait 2 leftover, “Amazing Amy“!