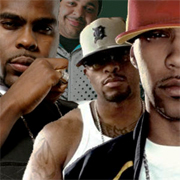 Slaughterhouse recently spoke on the likelihood of another rapper joining their four-member team and, if given the opportunity to add a Southern member, why T.I. and Lil Wayne would be at the top of their list.

After careful consideration among the group members, which consists of Joell Ortiz, Joe Budden, Crooked I and Royce Da 5’9, they expressed their thoughts on the Southern touch.

“This shit is like a strategically built together puzzle,” Royce said. “The puzzle could only fit four pieces…There’s a lot of niggaz from the South that can spit. If I want just straight up lyricism, then it would have to be a T.I. or a Lil Wayne. If I wanted to go based off of Ol’ G status, and who I personally like, I would say Bun B. I mean he supports niggas. He’s been supporting niggas since day one. He’s a real nigga, not to say Lil Wayne or T.I. aren’t, but like I said, to me, there’s just more that goes into just straight up spitting. Yeah Lil Wayne and them niggas could spit.”

What should Weezy do ❓ 😆