Last night, Odd Future brought out Lil Wayne at their Halloween show in Miami. Tunechi was dressed up as a wolf to show support to Wolf Gang and you can check out a few photos after the jump! In the video above, you can watch some front-row footage of Weezy watching Tyler, The Creator and his crew perform, and then when he has to leave he just walks on stage and shakes hands with them haha. 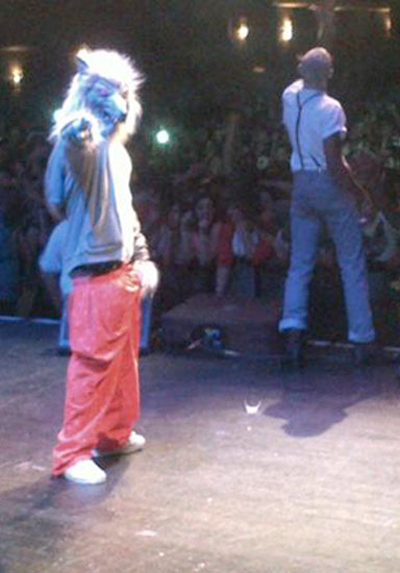 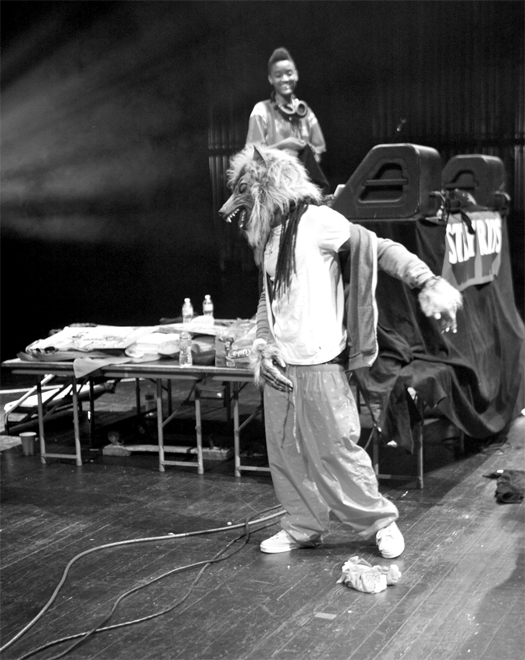 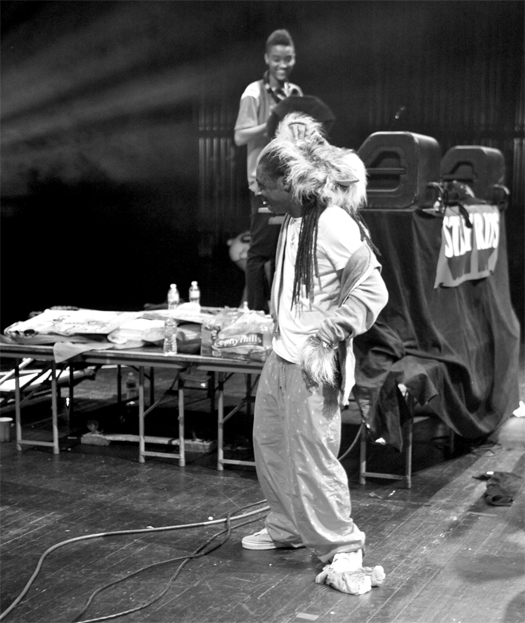