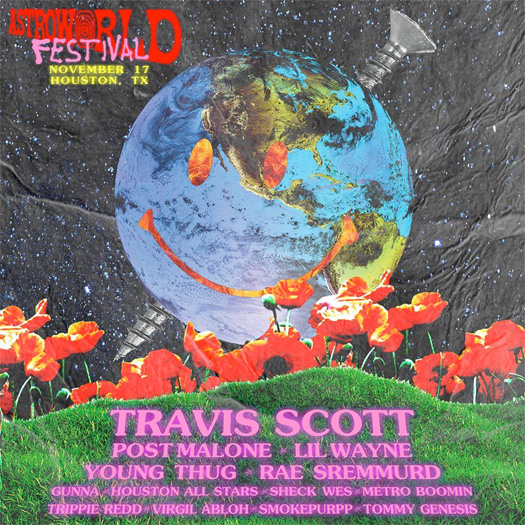 Later today, Travis Scott will be hosting his first ever annual Astroworld Festival at NRG Park in Houston, Texas.

You can check out the full lineup for this year’s Astroworld Festival, which is already sold out, on the flyer above! Do you think Scott and Weezy will perform “Let It Fly” off Tha Carter V live together for the first time tonight?