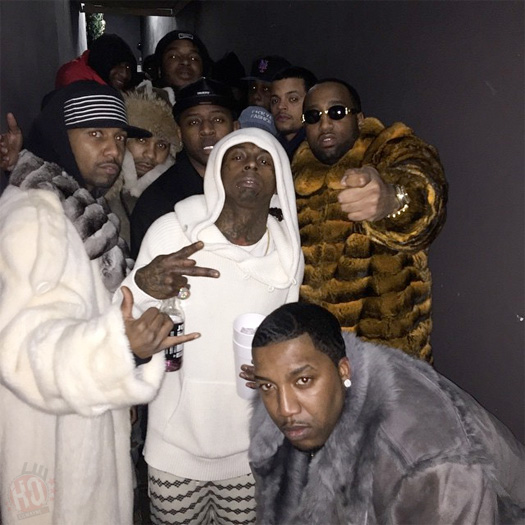 Joining Weezy at the event was Juelz Santana, Lil Twist, Ray J, Hood, Mack Maine, and others. You can view more pictures of Tunechi at Stage 48 after the jump below!

END_OF_DOCUMENT_TOKEN_TO_BE_REPLACED 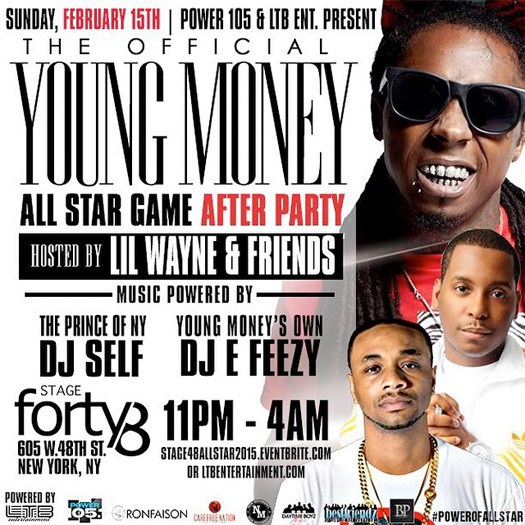 Lil Wayne will be hosting a Young Money 2015 NBA All-Star Game after-party at Stage 48 in New York on February 15th from 11PM to 4AM.

Music on the evening will be played by DJ Self and DJ E Feezy. There will also be special guests in the building, such as Amber Rose.

If you wish to attend this after-party, you can purchase tickets online here!

Toya Wright sits down with VladTV to discuss her upcoming projects that includes a new book being released in 2015, as well as shares her opinions on Raven-Symone saying she doesn’t want to be labeled as an African-American anymore, Wiz Khalifa and Amber Rose’s relationship, haters on Instagram and more.

During their conversation, Toya also explained why it bothers her when she is labeled as “Lil Wayne‘s baby mama”, why she thinks Wayne and Christina Milian‘s relationship is a “hot mess”, and being friends with Wayne‘s other three baby mamas to keep the relationship between the kids all good.

You can check out what Toya Wright says in the two videos below!

END_OF_DOCUMENT_TOKEN_TO_BE_REPLACED

Lil Wayne had his final party last night at LIV in Miami before he turns himself in to prison tomorrow morning. Birdman, Shanell, Mack Maine, Bow Wow, Amber Rose and Tyga all joined Weezy at his farewell party, and he had a cake made for him which said: “Keep Your Head Up Weezy, We Love You“. As you can see from the pic below, Wayne has added his grill back in. You can view some more photos from this party after the jump below, and view even more at StarTraks.

We have also included three pics after the jump of Birdman’s latest tattoos from the party last night. Derick G took the photos, so this could mean that he might have some footage for us from the party at a later date.