Last night, Lil Wayne performed at the 2011 Bamboozle Music Festival in East Rutherford, New Jersey at the New Meadowlands Stadium. We have some photos and more footage of Tune performing live after the jump below!

END_OF_DOCUMENT_TOKEN_TO_BE_REPLACED

Lil Wayne has been confirmed as one of the main performers for the 2011 Bamboozle Music Festival, which will take place at the New Meadowlands Sports Complex from April 29 to May 1, 2011. Tickets go on sale tomorrow (January 4), and you can purchase tickets from the Bamboozle website here!

After the jump, you can watch a video of Producer Bangladesh making Weezy‘s “6 Foot, 7 Foot” beat. Also, Tune will be shooting a visual for the “A Milli on Steroids” C4 single this week!

END_OF_DOCUMENT_TOKEN_TO_BE_REPLACED 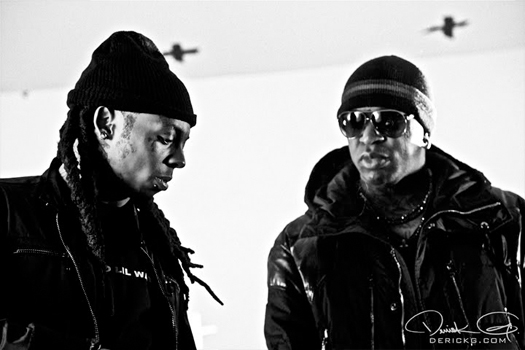