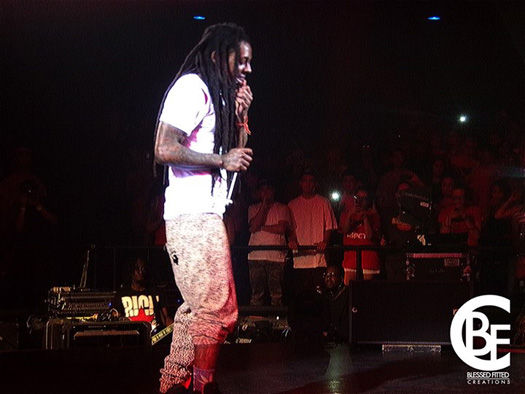 END_OF_DOCUMENT_TOKEN_TO_BE_REPLACED

The following day after the America’s Most Wanted music festival finishes in California, Lil Wayne will be putting on a rare concert in Phoenix, Arizona at the Celebrity Theatre on September 2nd.

All of the proceeds from Weezy F Baby‘s concert will go towards the Carter Fund, which is a charity that offers after-school programs to the youth in Arizona.

They will join a host of hip-hop acts including Pharrell Williams, Chris Brown and Queen Latifah at the Black Entertainment TV (BET) two hour event ‘SOS Saving OurSelves – Help for Haiti‘, which will be broadcast live from Miami on February 5. The event will air on US TV channels MTV, VH1, BET and Centric at 8pm EST.

The group, which featured the rapper, his Haitian cousin Pras Michel and Lauryn Hill, split up in 1997. He told BBC Radio 1Xtra: “Everyone is doing different relief and when the time is right, the vibe is right, The Fugees should definitely contribute a single to go into Yele Haiti (Wyclef Jean’s charity). I think it would raise a lot of money.” The rapper helped actor George Clooney organise the previous ‘Hope For Haiti Now’ telethon and gig, which took place earlier this month. It has so far raised $66m (£42.1m), reports BBC News.