END_OF_DOCUMENT_TOKEN_TO_BE_REPLACED

Less than 12 hours since Birdman announced that his first single will be called “I Get Money” featuring Lil Wayne and Mack Maine, the record has leaked to the net. This track also features T-Pain, and Baby‘s Bigger Than Life album drops on July 7th. You can listen and download the song below:

Baby told MTV that he has two upcoming singles for his Bigger Than Life album, which drops on July 7, both featuring Lil Wayne. The first single will be titled “Get Money” featuring Tunechi and Mack Maine, and the second single is called “Why You Mad” featuring Tunechi and Nicki Minaj. I’m guessing this Birdman album will be full of Weezy features, but we can’t be mad at that can we!

After the jump, you can watch some footage of Wayne getting a lap dance from Nicki Minaj during the “I’m Still Music” tour in Long Island, New York on March 27, and also view some pics from Bria‘s 13th birthday party.

END_OF_DOCUMENT_TOKEN_TO_BE_REPLACED 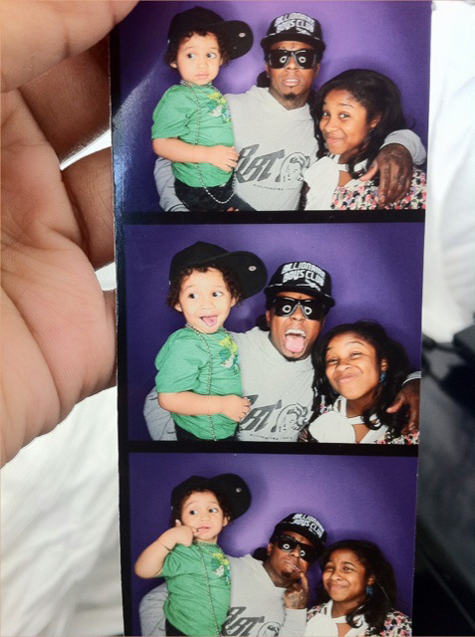 END_OF_DOCUMENT_TOKEN_TO_BE_REPLACED

This visual was directed by Gil Green and it is the first video that Weezy has shot since being released home from Rikers Island.

There is still no word just yet on if this song will appear on Baby‘s Bigger Than Life album, or if it will be the first single from the Like Father, Like Son 2 collabo album.