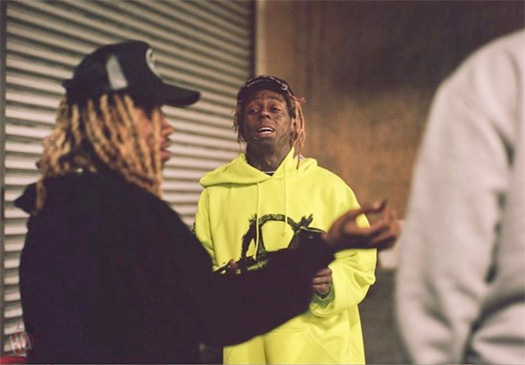 Lil Wayne’s “I Am Not A Human Being” Already #1 On iTunes! 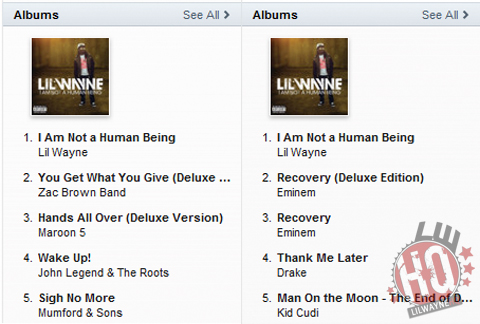 As we posted earlier, Lil Wayne‘s new album I Am Not A Human Being was released on iTunes. Now, we’re glad to say that it has reached number one, already! Less than twelve hours after it’s release it has already surpassed Eminem’s Recovery, taking over the Hip-Hop/Rap charts and Zac Brown Band’s You Get What You Give to become the number one overall album on iTunes. This is a huge accomplishment for Weezy, and now we must wait until Saturday to see where it places on the Billboard 200 chart.

BONUS: After the jump you can view a funny clip from The Cleveland Show where Kenny (played by Kanye West) mentions Wayne.

END_OF_DOCUMENT_TOKEN_TO_BE_REPLACED 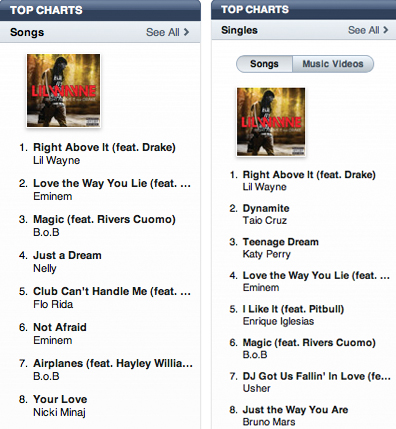 Yesterday, we reported Lil Wayne‘s “Right Above It” single featuring Drake was officially put on iTunes, and now today it has made #1 on both the Rap/Hip Hop charts and the Overall charts. The record is the first single from Weezy‘s upcoming I’m Not A Human Being EP which is dropping on his birthday, September 27th, and if you didn’t buy your official copy from iTunes, then you can do so here!