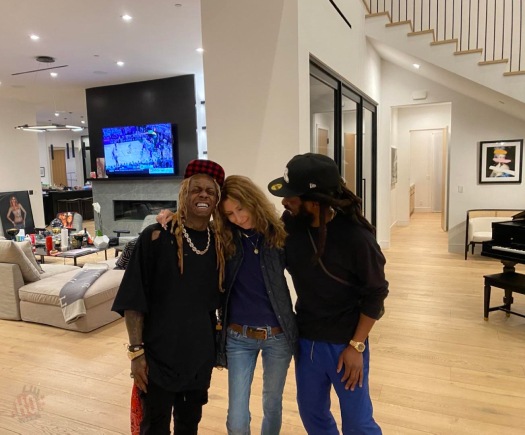 END_OF_DOCUMENT_TOKEN_TO_BE_REPLACED

Lil Wayne & Dhea Are Not Getting Married…

…Well not anytime soon that is. Last night on Valentines Day, Lil Wayne tweeted “She said yes!” and his friends including Mack Maine and Birdman congratulated him. Everyone thought Weezy had proposed to his girlfriend Dhea and was getting ready to hang up the mic and settle down with his family. But he fooled you all! Tunechi just went on Twitter and tweeted this:

Ohhhhhhh now I see why!I meant “she said yes” to being my valentine!!! Hahahahahahaha! Y’all krazy!