END_OF_DOCUMENT_TOKEN_TO_BE_REPLACED

Last week, we saw a photo of Drake‘s new tattoo of his good friend, mentor, favorite rapper, and boss Lil Wayne on his left tricep.

TMZ recently caught up with Drizzy‘s pops Dennis Graham to get his opinion and see why his son got the ink, to which he replied: “they’re like brothers and Drake’s got the whole family”.

You can watch Dennis give his answer in a clip after the jump below. He also jokes that he might get a tattoo himself of French Montana or the girlfriend of the cameraman!

END_OF_DOCUMENT_TOKEN_TO_BE_REPLACED 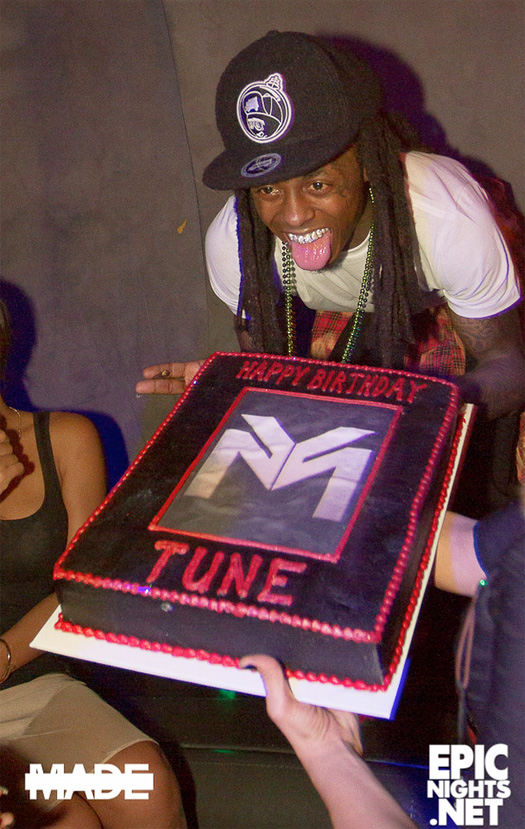 I posted up pictures of Lil Wayne celebrating his birthday at Lure Nightclub in Los Angeles, California a couple of days ago, now here are some more professional pics that you can view in this post.

Hit the jump to check out Weezy F Baby chilling with Christina Milian, Marley G, Euro, Fee Banks, Flow, Dennis Graham, Lil Twist, and DJ Scoob Doo inside the club, as well as being presented with another birthday cake!