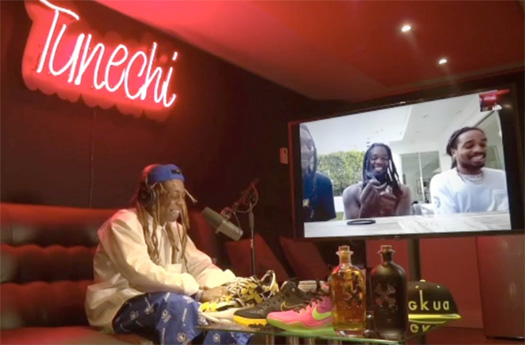 END_OF_DOCUMENT_TOKEN_TO_BE_REPLACED

Here is the official music video for Romeo Santos‘ “All Aboard” single featuring Lil Wayne. Romeo‘s Formula album is available in stores now and Gil Green directed the visual.

It’s starting to feel like 2007/2008 again with all these records dropping featuring Lil Wayne! Here is Romeo Santos‘ “All Aboard” track featuring Weezy, which appears on Romeo‘s upcoming Formula album. You can listen to the song below: