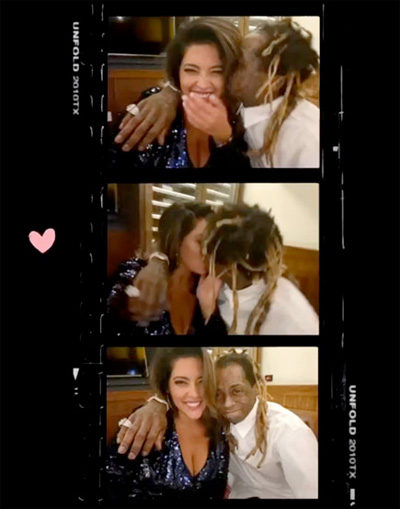 END_OF_DOCUMENT_TOKEN_TO_BE_REPLACED

Lil Wayne has revealed an official capsule for his upcoming Dedication 6 mixtape.

The collection includes a D6 snapback, D6 hoodies, D6 t-shirts, and D6 joggers. You can purchase all of the new Young Money Merch apparel here.

The lookbook for the capsule, which you can check out below, features Trippie Redd and his girlfriend modelling the new clothing line! Do you think Trippie could be on Dedication 6?

END_OF_DOCUMENT_TOKEN_TO_BE_REPLACED

During his live session, which you can see below, Wayne‘s best friend and manager mentioned that D6 could drop this month and not in December as that’s too far away:

“Maybe D6 in November, not December, that’s too long”

Even though it’s not included in the clip, Tez Poe‘s girlfriend then told him to shut up because “they will run with that”, so I think that could either mean she knows he is joking around or that he will ruin a surprise drop! What do you think?

END_OF_DOCUMENT_TOKEN_TO_BE_REPLACED 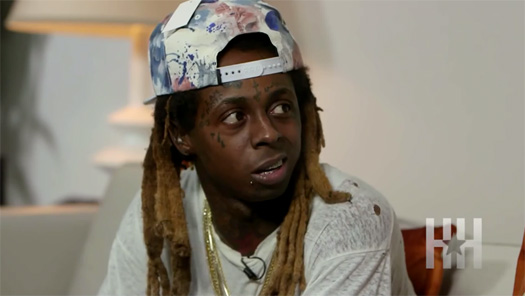 Jasmine Simpkins from HipHollywood recently sat down with Lil Wayne for a one on one interview about his “Gone ‘Til November: A Journal of Rikers Island” book that you can check out below.

During their conversation, Weezy discussed why he wrote the book in jail, not planning to release it, what he hopes people will get out of reading it, if he keeps in touch with any of the inmates and C.O.’s, the celebrity visits he got while locked up, and getting the news that Drake had sexual relations with one of his girlfriends.

Tunechi also revealed his “retirement tweets” last month was him meaning that he is not going to be rapping on a certain type of beat no more, he will always drop mixtapes for us fans, and his relationship with Birdman:

How are you with Baby, do you think you guys will have a friendship again?
I’m 34 baby, I’m too old for friends.

You guys were more like family…
No, his last name isn’t Carter baby, he’s not family.