Tag Archives: i’m on it

It’s that time of the week again! This week’s “Feature Friday” edition is a song by Purple Ribbon All-Stars, which is a group consisting of Big Boi, Killer Mike and Rock D, called “Kryptonite (I’m On It) (Remix)” featuring Lil Wayne, Bubba Sparxxx, and Busta Rhymes.

The original version of The Beat Bullies-produced track appears on the southern hip-hop group’s Got Purp? Volume 2 album that was released back in 2005.

“Know what’s in my tall cup? Watch me drink it all up; Yeah that’s the syrup baby, get yo’ Paul Wall up”

You can listen to the “Kryptonite (I’m On It)” remix below.

END_OF_DOCUMENT_TOKEN_TO_BE_REPLACED

Video: On Set Of Tyga’s “I’m On It” (Feat Lil Wayne) Video Shoot

First we had some twitvid from the Tyga “I’m On It” featuring Lil Wayne video shoot, then we got the official music video, then some photos from the shoot, and now we have some behind the scenes footage! Props Derick G, and “I’m On It” is the first single from Tygaman‘s Careless World album dropping later this year.

Also, don’t forget to vote for Tunechi for BET’s “Top 10 Rappers of the 21st Century” here!

Pictures: On Set Of Tyga’s “I’m On It” (Feat Lil Wayne) Video Shoot 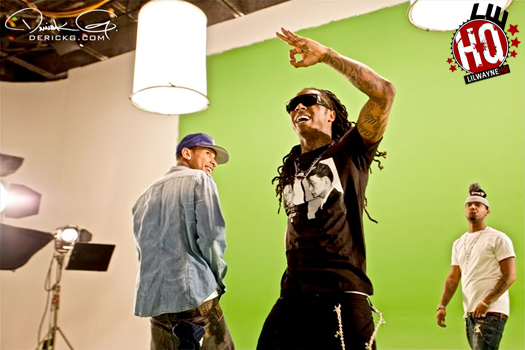 Check out these great quality pictures from on the set of Tyga‘s “I’m On It” video shoot featuring Lil Wayne. You can see Tyga, Weezy, Juelz Santana, Drake, Lil Chuckee, Lil Twist, NO Capo and Trell. Hit the jump for the rest of the pics, and you can watch the official music video here if you missed it. Shouts to Derick G! 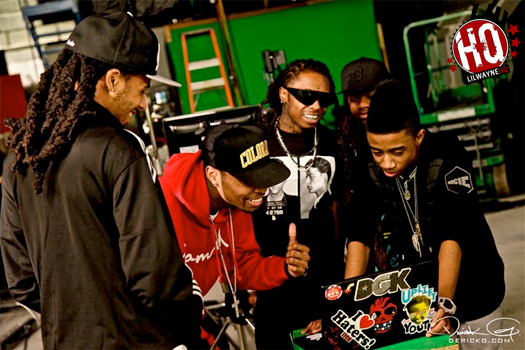 END_OF_DOCUMENT_TOKEN_TO_BE_REPLACED

Here is the official music video for Tyga‘s first single on Young Money called “I’m On It” featuring Lil Wayne.

Drake, Lil Chuckee, Lil Twist, Mack Maine, Birdman, and Juelz Santana all make cameos in this visual that was directed by Colin Tilley.

You can find “I’m On It” on Tygaman and Chris Brown’s joint album, Fan Of A Fan, available now!

First we had just Lil Wayne‘s verse, then the full record with DJ tags on, now we have the Full/CDQ/NoDJ for Tyga‘s “I’m On It” featuring Lil Wayne! This is a single from Tyga‘s upcoming album, Careless World which is dropping later this year, and the music video has already been shot. You can view the lyrics to the song here, and stream/download the song below:

Shouts to DJ Ill Will via Mack Maine