Trae‘s album titled Tha Truth will drop in March and you can view some photos from the “Inkredible” video shoot here and here. 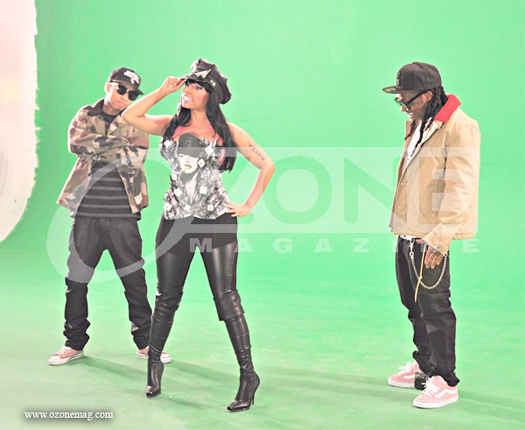 We have already posted behind the scenes pictures for Young Money‘s “Roger That” music video here, and for Trae‘s “Inkredible” music video here, but thanks to Ozone, we now have lots more great pics from both video shoots. You can view more photos after the jump, and who’s excited about seeing these videos ❓ 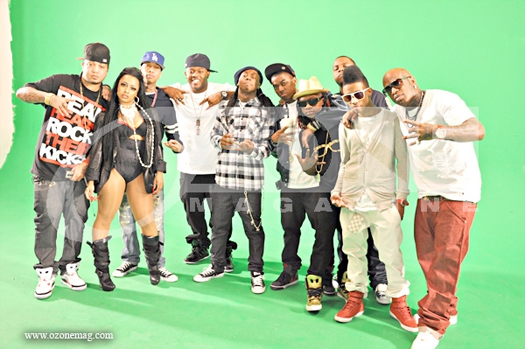 END_OF_DOCUMENT_TOKEN_TO_BE_REPLACED

According to reports, the duo’s business is called Bronald Oil & Gas.

Bronald Oil & Gas are using several locations to develop oil and gas outlets, such as Osage County, Oklahoma, Texas, Louisiana, Florida, and unidentified Central America sites. The Williams brothers have issued a mission statement which lists key initiatives which they believe will be instrumental in developing oil and gas energy production in the 21st century: Forming strategic alliances with other operators to leverage their respective experience and strengths on development. Forming partnerships with service, equipment and technology companies. By partnering with such companies, some of our fields may be designated as “testing ground” for new and developing technologies.

According to the company’s website, there is also an international aim to expand the business.

“We believe in giving a youngster an opportunity to [express] what their vision is,” Baby said in an interview. “To corporate, you’re just an artist in a box. But when you f*ck with us, you inherit a family. Corporate will never be able to f*ck with us, because we’re in touch with the young world…I want to do more in the business than anyone ever did. I feel like people died for our success…Nobody else deserves this.”

He also spoke on branching out Cash Money‘s image by linking with artists like Kevin Rudolph.

“We’ve been trying to expand into rock for a long time,” Baby said in an interview. “It just never cracked. We didn’t have the system to pull it off. But with Kevin, Republic gave him a great window to do what he wanted to do. The new music is hot. We are going into all types of music from Kevin and Drake to Jay Sean. I believe in the music.”

And in other news, the song we posted yesterday, “Inkredible“, has been confirmed to be on Trae‘s upcoming album, Tha Truth, and will be the second single.

Here’s a new song by Trae, called “Inkredible“, which features Lil Wayne and Rick Ross. This song may be featured on Trae‘s upcoming album, Tha Truth, but it has not been confirmed yet. Listen and/or download the song below and let us know what you think in the comment section. Enjoy! 😉