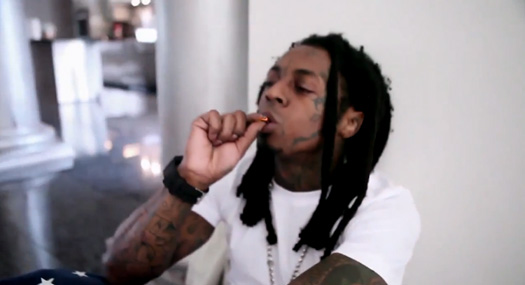 END_OF_DOCUMENT_TOKEN_TO_BE_REPLACED

Above, Lil Wayne gives Karmaloop a shout out at the TRUKFIT apparel launch party in New York City on January 12th. Karmaloop will add around 40 items of Tune‘s clothing line including t-shirts, raglans and hats at the end of this month for people to purchase, and then in March have around 100 items available for people to order. Russell Simmons also gives Weezy some props in the video and says: “What Lil Wayne does speaks to the next generation”. Do you agree with Russell ❓

After the jump, you can view a few photos of Tunechi and Young Money’s Mack Maine and T-Streets at LIV in Miami on Sunday, January 15th.