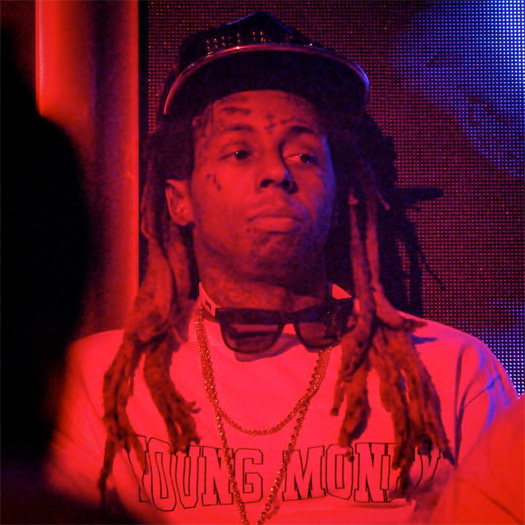 Tunechi was joined at the nightclub by his Young Money artists Mack Maine and HoodyBaby.

You can view some more photos of Weezy at Ora Nightclub after the jump below!

END_OF_DOCUMENT_TOKEN_TO_BE_REPLACED 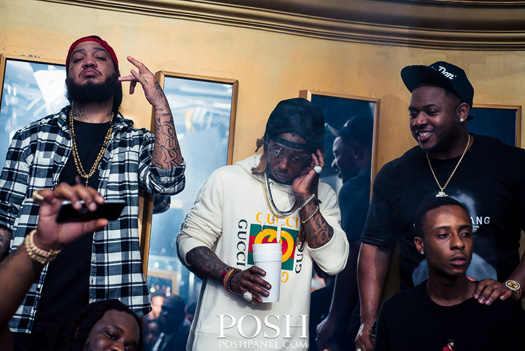 Tunechi and Mack were joined at the club by their Young Money label-mates HoodyBaby and Gudda Gudda, as well as Trippie Redd.

You can view more photos of Weezy at Dream Nightclub after the jump below, courtesy of Posh Panel!

END_OF_DOCUMENT_TOKEN_TO_BE_REPLACED 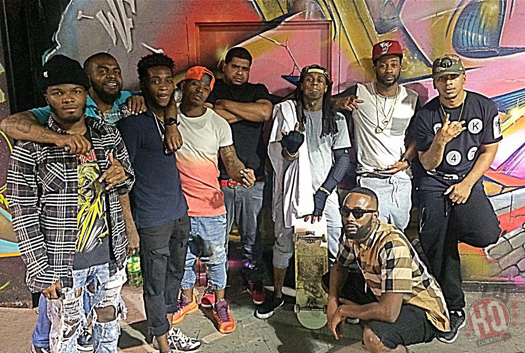 A few nights ago on July 27th, Lil Wayne hit up The Bridge Skate Park in Bayonne, New Jersey for a skateboarding session.

You can view a couple of clips, as well as a few more photos of Weezy at The Bridge Skate Park after the jump below!

END_OF_DOCUMENT_TOKEN_TO_BE_REPLACED

Above, you can watch some footage of Lil Wayne, 2 Chainz and T.I. performing live on the America’s Most Wanted music festival at the Time Warner Pavilion in Raleigh, North Carolina on July 27th.

The next stop on the tour will take place tonight in Buffalo, New York at the Darien Lake PAC!

END_OF_DOCUMENT_TOKEN_TO_BE_REPLACED

This might be the tour of the Summer! Whether you deem it a tour or a music festival, Wayne, Jeezy, Soulja Boy and Drake’s “America’s Most Wanted” outing will be a show not to miss. Announced about 30 minutes ago, the Hip-Hop foursome will set out on the North America/Canada excursion starting in Scranton, P.A. on July 27 and ending in Dallas on August 23rd.

Aside from Soulja Boy (no hate given), these three are probably the hottest in the game to date. And with each of them appearing on every record on the radio, one could only imagine the surprise guests diddy bopping onto their respective sets.

Ecstatic? Nah, not really. But this is an INCREDIBLE look for Drake and Soulja Boy. It’s extremely dope to see new artists showcase their talents on huge outings like this. Congrats.

Click continue below to view the Music Festival dates and one just might be hitting your city this Summer.