Lil Wayne To Host An “Halloween Heroes: Return Of The Nightlife Avengers” Event At Drai’s In Vegas 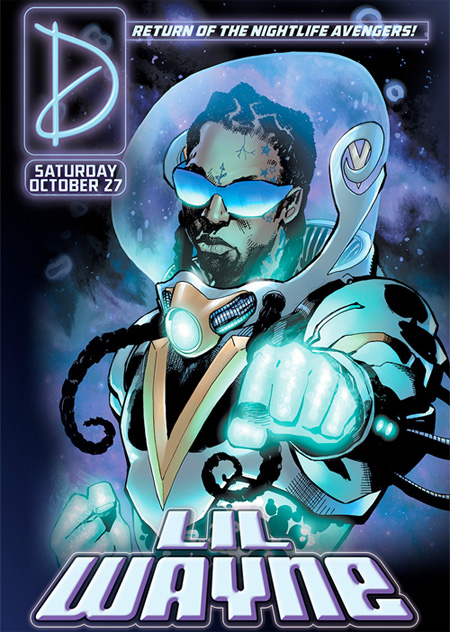 This Saturday (October 27th), Lil Wayne will be hosting an event at Drai’s Nightclub in Las Vegas, Nevada.

Tunechi will be performing live at the show, which is being dubbed “Halloween Heroes: Return Of The Nightlife Avengers”.

If you wish to attend and see Weezy live, click here to order your tickets online, which cost $40.00 for females and $60.00 for males!