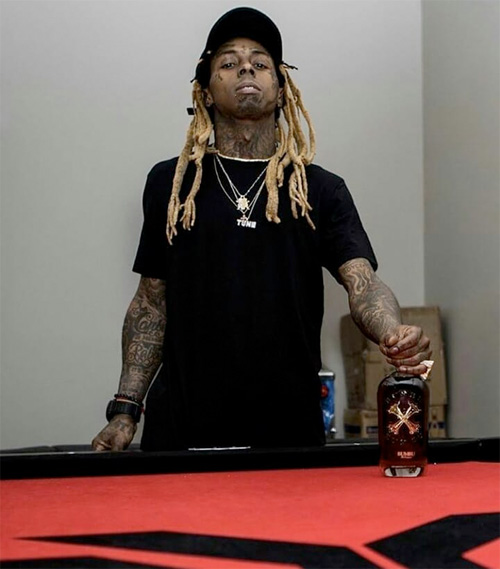 Have you ever wondered who Lil Wayne‘s top 5 favorite rappers are? Well, Complex have managed to get Wayne to reveal who is in his “Top 5 Rap G.O.A.T.’s” list.

In his list, Weezy included Cam’ron, UGK (Pimp C and Bun B), 8Ball & MJG, Missy Elliott, and JAY Z. After getting word of this, Missy also went on Twitter to react by saying:

“I am truly honored & humbly grateful such a Blessing”

What are your thoughts on Tunechi‘s favorite rappers list aka the rappers who he thinks are the G.O.A.T. (Greatest Of All Time)?

END_OF_DOCUMENT_TOKEN_TO_BE_REPLACED

Weezy is not dwelling on his impending prison stint and is instead using his time to focus on what he does best, making music and money. “He’s dealing with it well. Wayne’s not usually gonna open up emotionally and tell you how he’s really feeling about anything,” Drizzy tells Rap-Up.com. “He’s kinda more concerned about getting as much music as he possibly can, so that when he’s in there, people are still satisfied musically with Lil Wayne product, and that’s just the mind of a true businessman.”

Drake, who’s set to release his debut album Thank Me Later early next year, will keep business booming in Weezy’s absence. “I’ll just do what I can to keep the whole Young Money/Cash Money team going, and I just want to play my part as a team member and keep the brand strong until the boss gets home.”

Despite the circumstances, Drizzy’s cohort remains in high spirits. “We spoke last night, but it wasn’t about that though. He was making jokes. He was in a good mood. He’s always in a good mood when he’s in the studiomaking music ,” shares the 23-year-old Canadian. “He’s like superhuman. I don’t think anything could really break his concentration or his zone when he’s in there.”

The rappers will link up next week when Young Money shoots the video for “Bed Rock.” “I get to see him next week, so hopefully I’ll be able to gauge where he’s at mentally, but I think he’s alright.”

The sentencing came as a surprise to Drake, but he believes the end result will be beneficial. “I definitely didn’t think this would be the outcome of it, but I hope it will add to him selling a million records again.” He has faith that Wayne can turn a negative into a positive. “It’s an unfortunate situation and I hope that he’ll be able to position it where his release is a day where everyone’s excited and they’re just excited about his new album. I hope he manages to market it the right way.”

Before he checks into prison, Lil Wayne will drop his long-awaited Rebirth album and the Young Money compilation, We Are Young Money, on December 15. A leaked version of his mixtape No Ceilings is available now.

Props Rap-Up, and the full version of No Ceilings should be dropping later tonight on WeAreYoungMoney.com or YoungMoneyEnt.com ❓ I’m not 100% sure, but one of them might be the official websites.