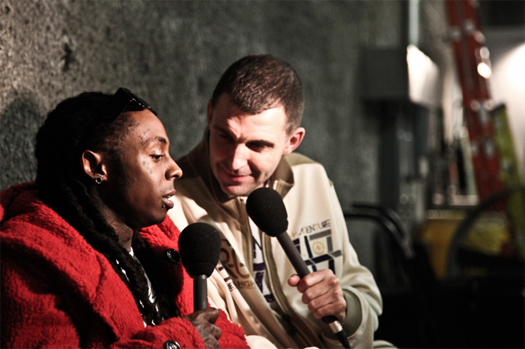 Pictures: Lil Wayne And Friends At His Farewell Party In Miami 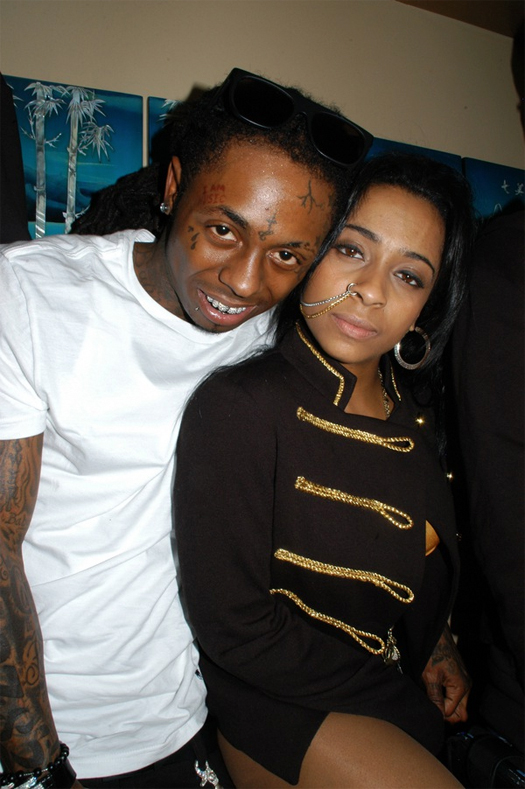 Lil Wayne had a farewell party yesterday (02/07/2010) after the Saints won the Super Bowl in Miami at Dolce. All of Young Money, Birdman, Sean Garrett, Bow Wow, Lil Za, Chris Johnson, Tammy Torres, Trae, CJ, Wale, GEDTrell, DJ Scoob Doo, and B.G. turned up to show support as Wayne will begin serving his prison sentence tomorrow. You can see lots more pics after the jump below courtesy of Julia Beverly. 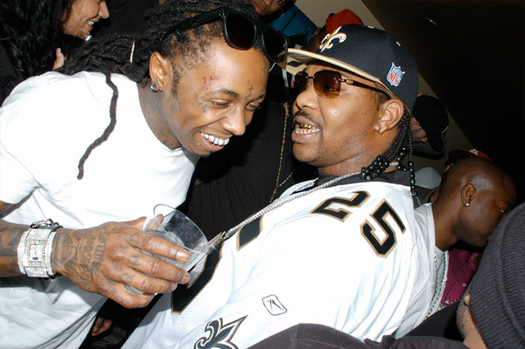 END_OF_DOCUMENT_TOKEN_TO_BE_REPLACED

Of course Lil Wayne has infinite love for his hometown of New Orleans. He’s shouted out his city in his songs, he performs there often and Weezy is generous in giving back to the community. But this weekend when the New Orleans Saints host the Minnesota Vikings in the NFC Championship game, The Cash Money/ Young Money Millionaire will not be pulling for Drew Brees, Reggie Bush (Wayne name-checks on the Birdman’s “Money to Blow”), and the rest of team Black and Gold. See, Wayne’s favorite player, Brett Favre, plays for the visitors.

“I’m rooting for Brett because I’m a diehard,” Weezy explained to us early Thursday (January 21). A signed Favre football is one of the prize possessions in Weezy’s extensive sports memorabilia collection. As for who the dynamic performer thinks will win the game, Wayne — who’s appeared on ESPN a few times to talk sports — gave his analysis from an unbiased standpoint. Minnesota has a superior ground game and defense in his opinion.

Shouts to MTV, and hit the jump to see some Live Nation Lil Wayne high performance in ear buds: