Lil Wayne Postpones His Concert At The Target Center In Minneapolis, Minnesota 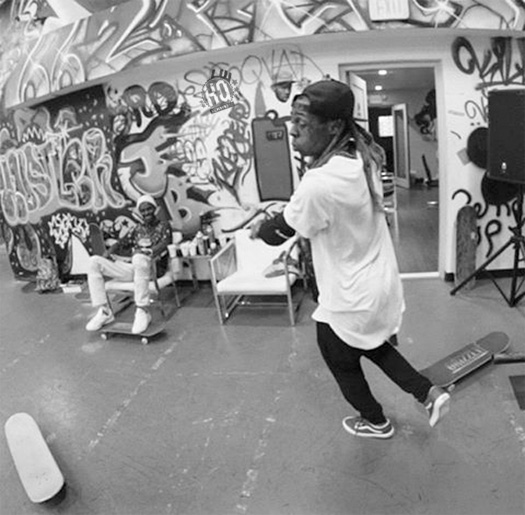 This Saturday (February 25th), Lil Wayne was scheduled to put on a show at the Target Center in Minneapolis, Minnesota.

However, it has been announced that Weezy has had to postpone the concert, due to “scheduling conflicts”, and a new date has been set for March 31st.

If you had tickets for the original date, you will still be able to use them for the new date!

The Wheatland “Drake vs. Lil Wayne” Tour Show Has Been Cancelled

Lil Wayne and Drake were going to perform at the Sleep Train Amphitheatre in Wheatland, California on September 17th for a stop on their joint tour, but they have had to cancel the show due to scheduling conflicts.

If you was going to the concert on this date then you will be able to get a full refund from where you purchased your tickets. The other stops on the “Drake vs. Lil Wayne” tour in California (September 16th, 19th, 20th and 22nd) will still take place as scheduled!

I previously posted last month that Lil Wayne will be headlining his own solo tour in Australia, now Weezy has postponed these shows due to scheduling conflicts. Wayne was supposed to perform in Perth, Adelaide and Melbourne, but his his promoter sent out this statement earlier today:

“Lil Wayne will be unable to arrive in Australia as early as originally planned, therefore regrettably having to postpone his solo performances.”

The promoter also said Tunechi will return to Australia for his own headlining tour sometime in 2012, but for the people who purchased tickets to these shows, you will automatically be refunded. Tune will still be performing in the Outback for Eminem’s shows at Melbourne Etihad Stadium on December 1st and at Sydney Football Stadium on December 2nd.