Tag Archives: the come up

Earlier this morning, Nicki Minaj was included in TIME‘s list of “The 100 Most Influential People“, which you see more information about on YoungMoneyHQ here.

TIME got Lil Wayne to pen the entry for the Young Money Barbie‘s selection on their list, because after all he was one of the first people who saw potential in her.

In his letter (see below), Wayne explains first seeing Nicki on The Come Up DVD, why he signed her to his record label, how proud he is of everything she has accomplished, and more.

END_OF_DOCUMENT_TOKEN_TO_BE_REPLACED

For #ThrowbackThursday, Jordan Tower Films have released a rare interview they did with Lil Wayne while on set of his “Black Republicans” video shoot with Juelz Santana back in 2007.

During their conversation, Weezy spoke on the I Can’t Feel My Face collaboration project with Juelz, his Young Money artist at the time Curren$y, mixtapes, and more.

The interview, which you can check out after the jump below, was recorded for The Come Up DVD Volume 17!

END_OF_DOCUMENT_TOKEN_TO_BE_REPLACED 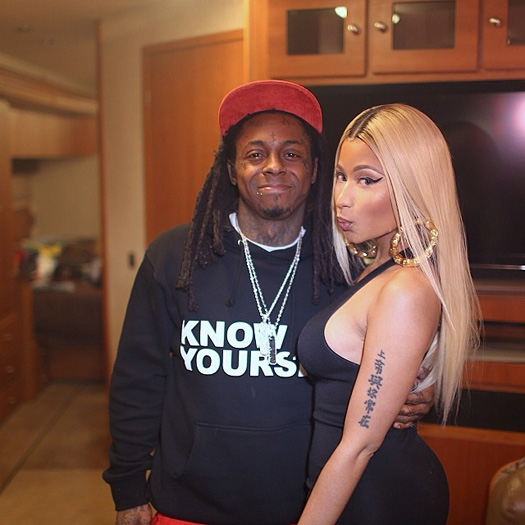 The song can be found on the Barbie‘s Sucka Free mixtape, which was released back in 2008.

“I’m nasty on the beat like The Runners, I’m a gunner; Like a hunter with a gun, with a deer right in front ’em; I’mma send him to who brung him, let Nina Ross tongue him”

You can listen and download “Young Money Ballaz” below. Click here to see footage of Nicki and Weezy recording the track in a studio on The Come Up (Vol. 17) (Wayne’s World Edition) DVD!