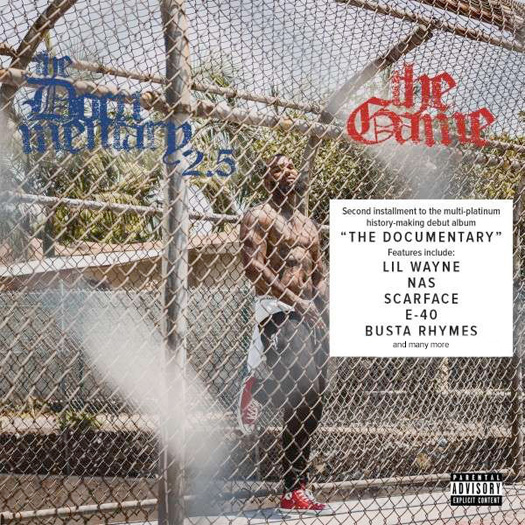 Here is a brand new collaboration from The Game and Lil Wayne called “From Adam” that was produced by Cool & Dre.

The song appears on disc 2 of the Compton rapper’s The Documentary 2 album, which was released in stores on October 16th.

You can stream “From Adam” after the jump below. Click here to purchase The Documentary 2.5 off iTunes!

END_OF_DOCUMENT_TOKEN_TO_BE_REPLACED

The Game will be releasing his The Documentary 2 album on October 9th and even though Lil Wayne was not featured on the tracklisting, he has been confirmed to appear on disc 2 of the project.

While doing a Q&A with his fans on Reddit, Game revealed that Weezy will be featured on disc 2 of The Documentary 2 album, which will be released a week later on October 16th.

After the tracklist surfaced online, Tunechi will be featured on a song called “From Adam“. We won’t have to wait too long to hear it!