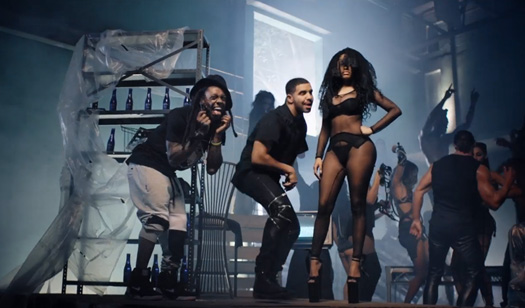 Here is the official music video for Nicki Minaj‘s “Only” single featuring Chris Brown and her Young Money label-mates Lil Wayne and Drake.

The visual was directed by Hannah Lux Davis and the Dr. Luke-produced track will appear on Nicki‘s forthcoming The Pinkprint album, due to be released on December 15th.

Click here to check out some behind the scenes pictures from the “Only” video shoot!

END_OF_DOCUMENT_TOKEN_TO_BE_REPLACED

Nicki Minaj has released a lyric animated visual created by Jeff Osborne for her “Only” single featuring Lil Wayne, Chris Brown and Drake, which you can check out below.

The official “Only” music video that is being directed by Hannah Lux Davis will premiere later this month. If you have not yet purchased the Dr. Luke-produced song from iTunes, you can do so here!

END_OF_DOCUMENT_TOKEN_TO_BE_REPLACED 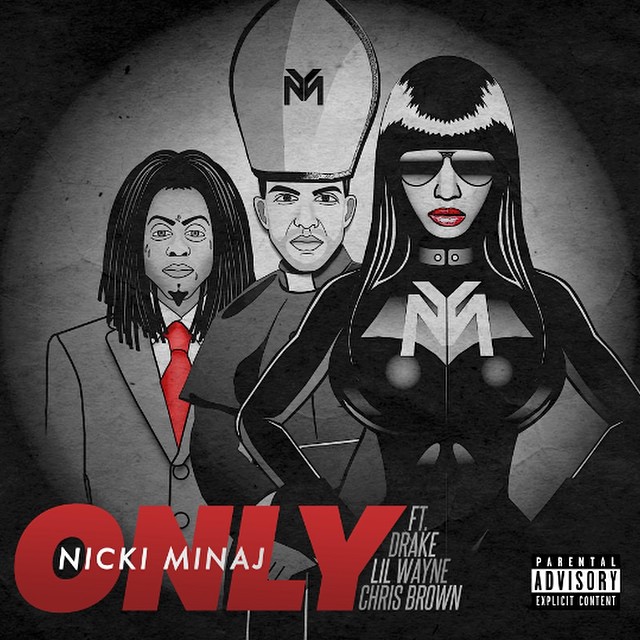 After announcing this single just 2 days ago, Nicki Minaj releases her “Only” collaboration featuring Lil Wayne, Drake, and Chris Brown.

The Dr. Luke-produced song will appear on the Young Money Barbie‘s upcoming album, The Pinkprint, which will be available in stores on December 15th.

You can stream explicit version of “Only” after the jump below and purchase the track from iTunes here!

END_OF_DOCUMENT_TOKEN_TO_BE_REPLACED

Nicki Minaj took to her Instagram page to reveal that she will be releasing a new single on Tuesday, October 28th called “Only” featuring Chris Brown, as well as her Young Money label-mates Lil Wayne and Drake.

The song will appear on the Barbie‘s forthcoming album, The Pinkprint, due to be released on November 24th. Who is excited to hear the collaboration?