It’s that time of the week again! This week’s “Feature Friday” edition is a Jay Rock single called “All My Life (In The Ghetto)” featuring Lil Wayne and will.i.am.

The Cool & Dre-produced collaboration, which was first released in 2008, appears on Jay‘s debut studio album, Follow Me Home, that dropped in 2011. An original version of the song that leaked online includes a different hook sung by Kendrick Lamar.

“Times is hard as it is; That’s why I got guns and my guns got kids”

You can watch the official music video for “All My Life” below that includes appearances from Kendrick Lamar, Ab-Soul and Glasses Malone.

END_OF_DOCUMENT_TOKEN_TO_BE_REPLACED

Producer DVLP recently chopped it up with MTV about Lil Wayne‘s upcoming album, Tha Carter V, and explained how he is excited for the project as a fan.

DVLP also discussed producing songs for every Tune album from Tha Carter II onwards and having a lot of unreleased songs that the world may never hear.

Some of these unreleased Weezy F Baby tracks that DVLP has confirmed he produced feature Drake, Bono from U2, and Will.I.Am.

You can watch the interview in the clip below. Hopefully these records appear on a Wayne project in the future!

END_OF_DOCUMENT_TOKEN_TO_BE_REPLACED 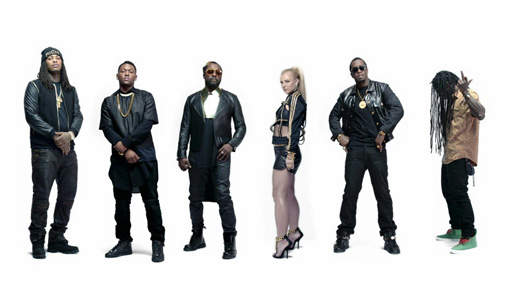 END_OF_DOCUMENT_TOKEN_TO_BE_REPLACED

A music video for this track has already been shot in Los Angeles, California on January 23rd. You can stream the CDQ/Explicit version of the “Scream & Shout” remix after the jump below.

END_OF_DOCUMENT_TOKEN_TO_BE_REPLACED

Yesterday, news surfaced online that Lil Wayne would be featured on the official remix to Will.I.Am‘s hit single “Scream & Shout“. The remix will also feature Diddy, Waka Flocka Flame, Hit-Boy (who produced the song), and Britney Spears (who appears on the original version).

There is currently no release date for the “Scream & Shout” remix, but it should be premiering in the upcoming week. A music video for this track was also shot in Los Angeles on Wednesday, so we can be looking forward to that dropping soon too!

Are you looking forward to hearing the song ❓