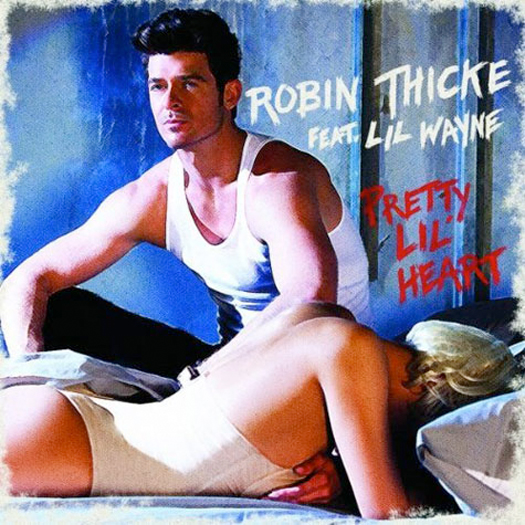 The Lil Wayne music just keeps on coming! This time we have Robin Thicke‘s new single called “Pretty Lil’ Heart” featuring a verse from Weezy F Baby, which will appear on Robin‘s upcoming Love After War album dropping on December 6th. “Pretty Lil’ Heart” will be released to iTunes on November 8th, but for now you can listen to the clean version of this song below: