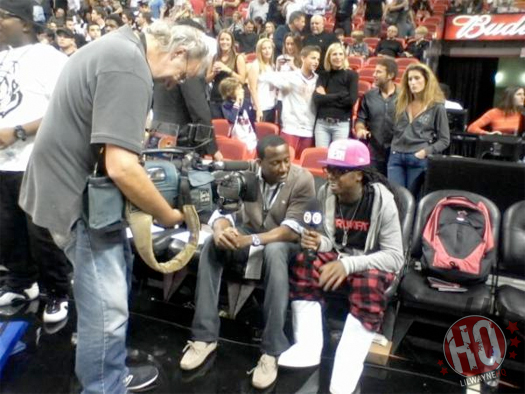 Check out these photos of Lil Wayne sitting courtside with Mack Maine at the Miami Heat vs. New York Knicks game yesterday (January 27th) at the American Airlines Arena in Florida. As you can see from the pics (more after the jump), Weezy is rocking some of his TRUKFIT clothing, which will be released in early February.

In other news, Ke$ha dropped the official music video for her “Sleazy Remix 2.0: Get Sleazier” single featuring Tunechi, Andre 3000, Wiz Khalifa and T.I. last night. None of these music artists appear in the visual, but if you still want to watch it, you can do so here. 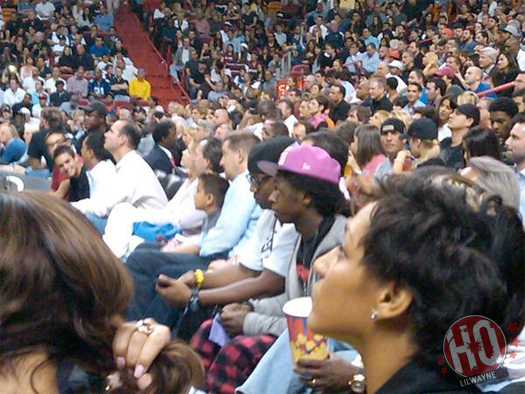 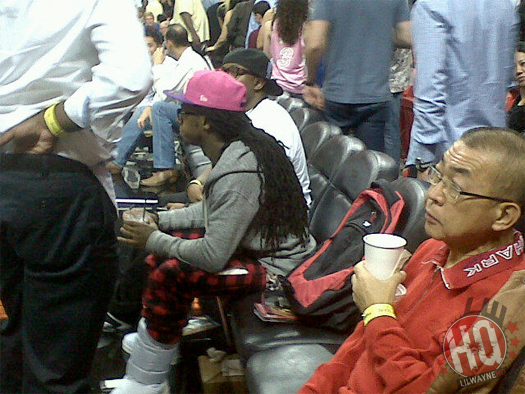 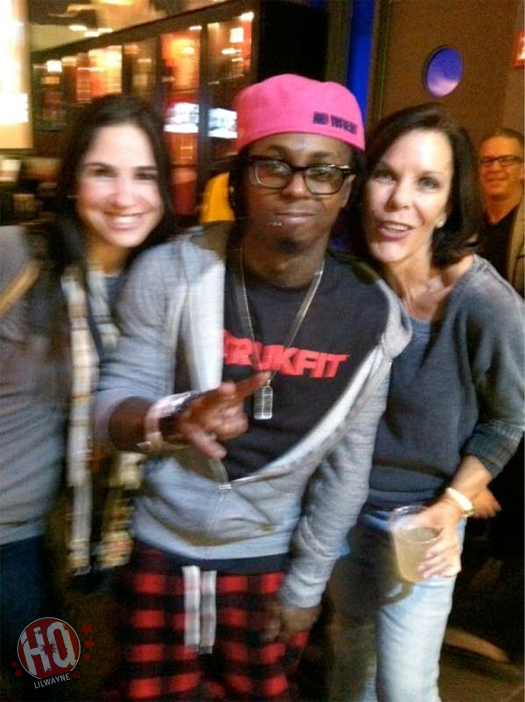