Lil Wayne attended and performed live at the 54th Annual GRAMMY Awards in Los Angeles, California last night (February 12th). You can view 5 photos of Weezy, who was rocking his TRUKFIT clothing, sitting in the audience with his daughter Reginae below! 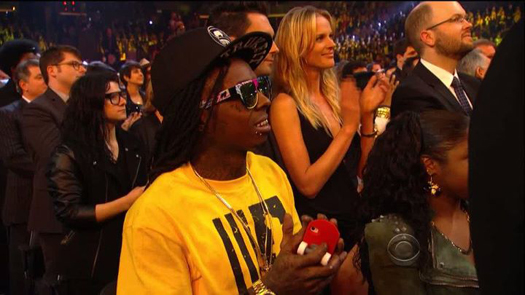