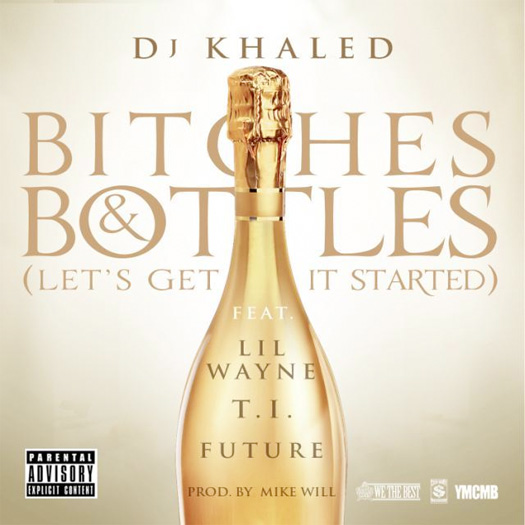 We have already heard the first Lil Wayne feature from DJ Khaled’s upcoming project, which was “Take It To The Head”, now here is the second feature. The song is called “Bitches & Bottles (Let’s Get It Started)” and also features T.I. and Future.

Khaled’s album, Kiss The Ring, will be released August 21st on Cash Money Records. You can listen to the Mike Will-produced track below!