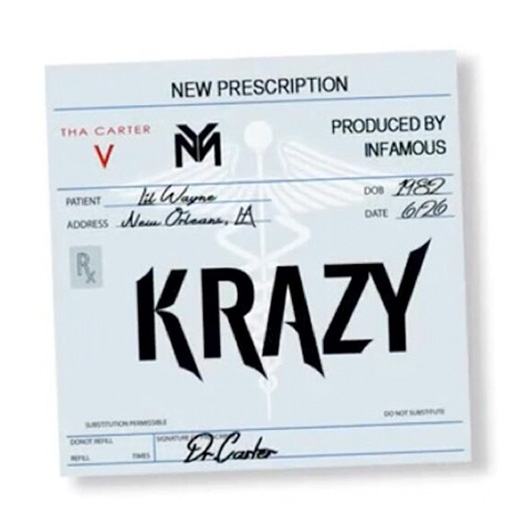 We heard a very short preview of this song on Wednesday evening, now here is Lil Wayne‘s latest leak off his upcoming Tha Carter V album, due to be released later this year.

The track is called “Krazy” and it was produced by Infamous. It’s also being reported that Weezy F Baby will be performing this record at the 2014 BET Awards on Sunday!

You can listen to “Krazy” after the jump below, courtesy of Chris Paul. Click here to read the lyrics!