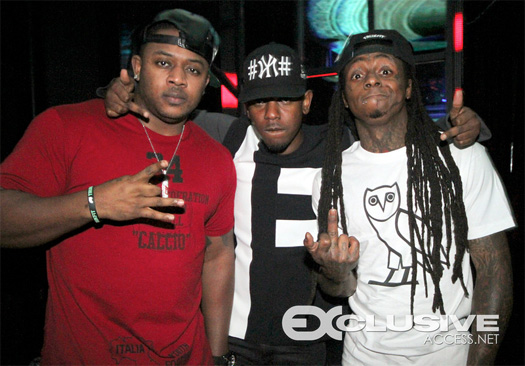 During a recent Q&A with his fans on Twitter, Kendrick Lamar was asked what does he think of Lil Wayne. The Compton rapper replied by saying that he thinks Weezy is one of the most influential music artists of this generation.

You can read K. Dot‘s thoughts on Tunechi after the jump below. Kendrick also believes that Tune is still hungry, do you agree with him?

We still have a Wayne and Kendrick collaboration that is unreleased called “Mona Lisa” to look forward to as well, which was confirmed last year as a song on the upcoming Tha Carter V album!

@MoeJamul 1 of the most influential artist of this generation and still hungry.

Click here to read more compliments that Kendrick has given to Wayne in the past years!