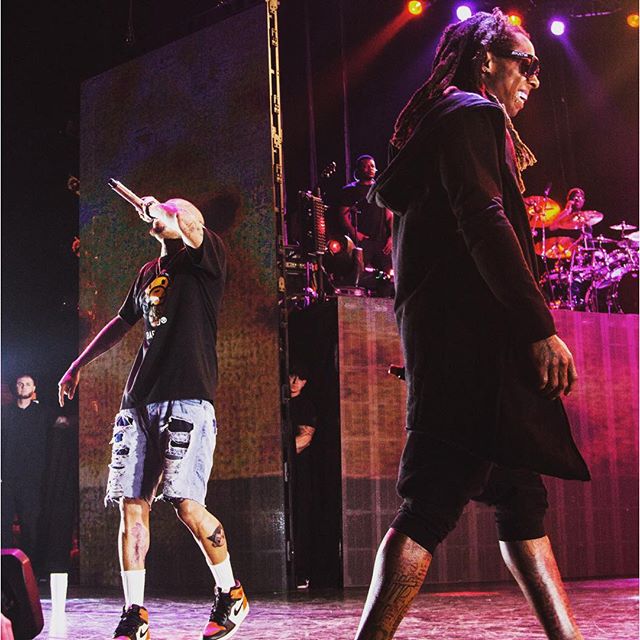 Last night, Chris Brown brought out Lil Wayne and French Montana during his show at the American Airlines Arena in Miami, Florida for a stop on his “One Hell Of A Nite Tour”.

You can check out some footage from Breezy, Weezy, and Montana‘s live performance after the jump below!