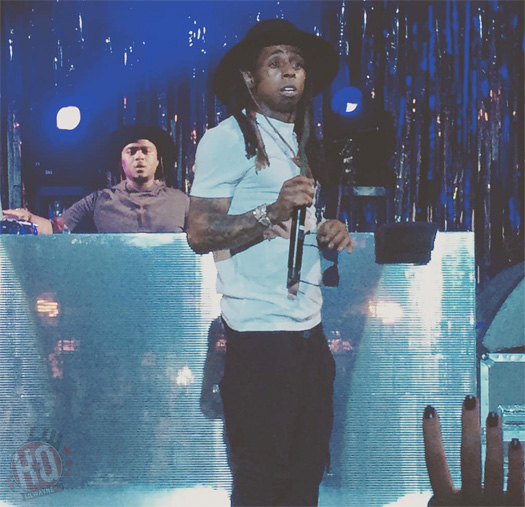 Last week on September 12th, Alexander Wang celebrated his 10th anniversary during New York Fashion Week at Pier 94 to show off his Spring 2016 collection. After the show, Wang had an after-party that included a special live performance from Lil Wayne.

During his set, Weezy performed some of his hits that included “John“, “A Milli“, “Lollipop“, and more. You can check out a few clips from the after-party in New York after the jump below!