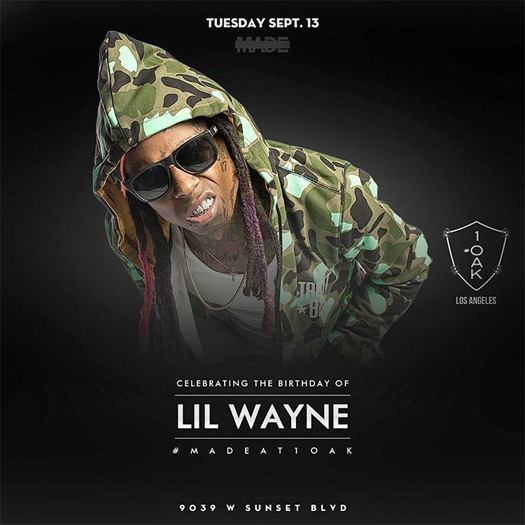 Tonight, Lil Wayne will be hosting an early birthday celebration party for himself at 1 OAK nightclub in Los Angeles, California.

Weezy doesn’t turn 34-years-old until later this month on September 27th, but he will be starting the celebrations early!

Will anyone be attending the Hollywood club later today to turn up with Tunechi?