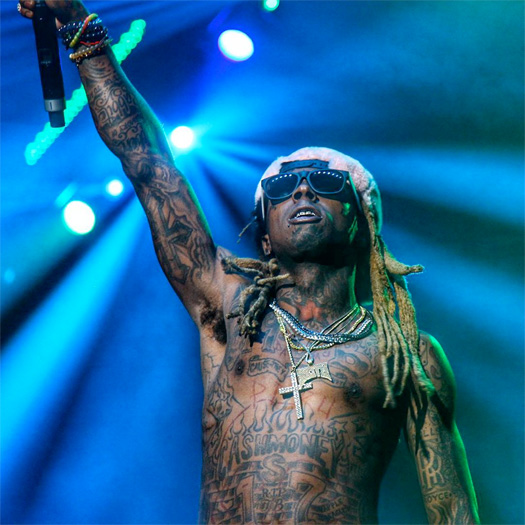 Lil Wayne headlined V-103 radio station’s second round of “Winterfest” at the Philips Arena in Atlanta, Georgia on December 10th.

During the concert, Tunechi performed his “Lollipop” single and more songs live for the people in attendance.

You can check out a couple of clips from Weezy‘s live performance after the jump below!