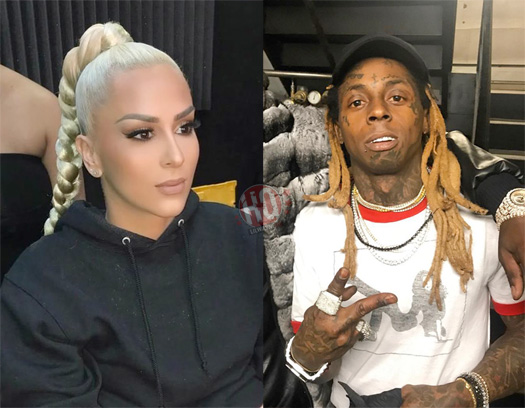 Veronica Vega has announced her new single will be called “Wave” and feature both Lil Wayne and Jeremih.

The song will appear on the Hialeah singer’s upcoming EP, due to be released in March, but the song could drop before then.

You can hear a preview of the “Wave” collaboration after the jump below! Are you looking forward to hearing the full version?

PSA‼️‼️@trillervids HAS GIVEN ALL MY FANS THE OPPORTUNITY OF PREVIEWING MY NEW SINGLE #WAVE feat @liltunechi n @Jeremih BEFORE I DROP IT!!!! GO CHECK IT OUT NOW!!!! MAKE A #WAVECHALLENGE VIDEO, UPLOAD IT, TAG ME AND THE SONG, AND I WILL REPOST! GOOOOOOOO!!!! REMEMBER TO HAVE FUN

"They cannot see me, they are like Stevie"
- Upgrade More Lil Wayne Quotes »