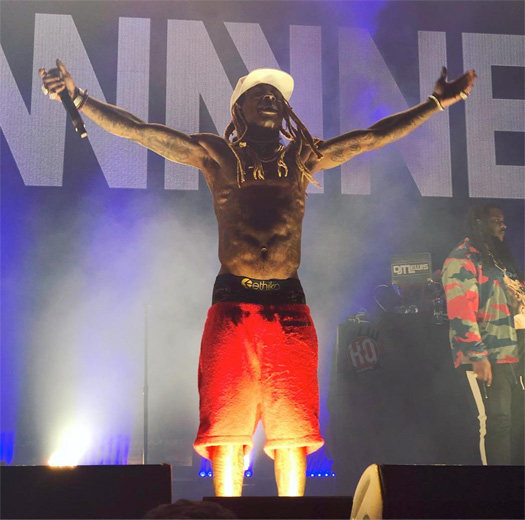 During a show at Parramatta Park in Sydney, Australia on March 10th, someone threw a water bottle on stage at Lil Wayne! See how he reacted above. #lilwayne #parramattapark #sydney #australia #jumanjifestival #lilwaynehq Credit: @kieran__braddish