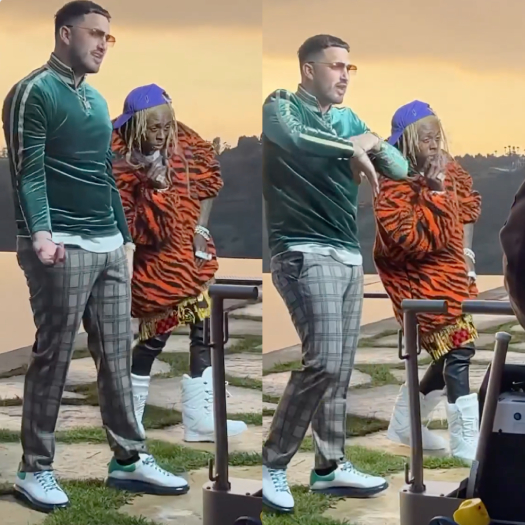 The visual, which will include a cameo from their Young Money label-mate Mellow Rackz, is being directed by Damian Fyffe Productions and it was filmed in Malibu, California.

You can check out some behind the scenes footage from on set of the “Cameras” video after shoot below! Are you happy Wayne is making this one a single?