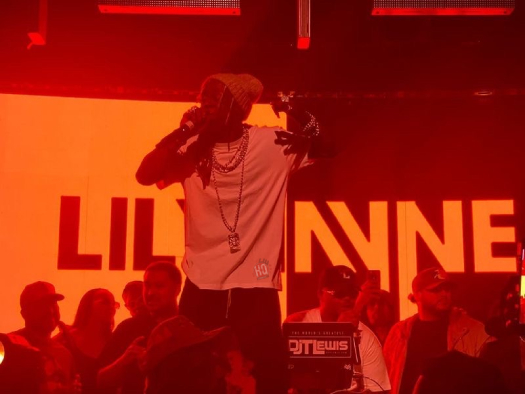 Joining Tunechi at the Super Bowl event was his daughter Reginae Carter, as well as Lil Twist, HoodyBaby, T@, and Gudda Gudda.

You can watch Weezy perform “Rollin’“, “Wasted” and “Steady Mobbin’” live at Nightingale Plaza below, courtesy of the bro Dan Kritchevsky!