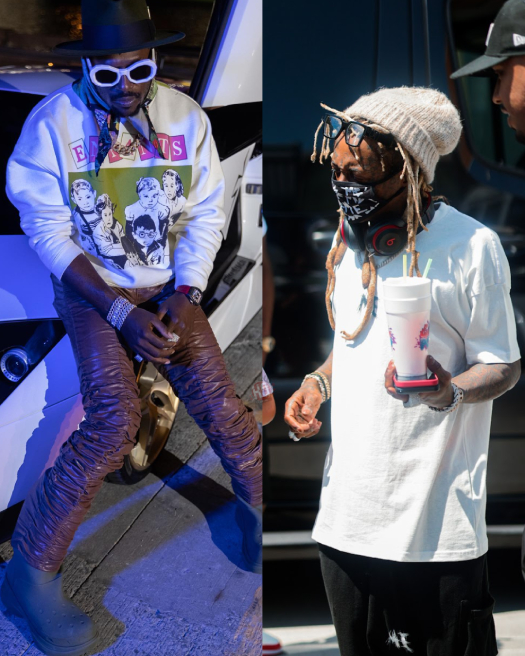 While on stage, AB debuted his new collaboration with Lil Wayne that is supposedly called “Cracked“. We first heard about this song earlier this month.

You can watch the American football wide receiver play a short snippet of Wayne‘s verse at Rolling Loud after the jump below! Are you liking the sound of this collab?