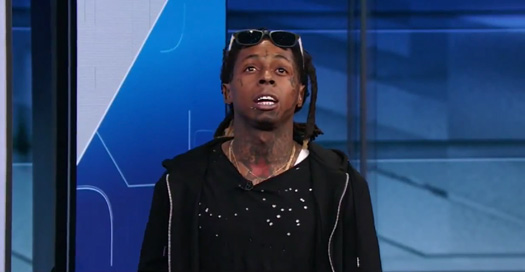 END_OF_DOCUMENT_TOKEN_TO_BE_REPLACED

L.A. Weekly recently caught up with Lil Wayne for an interview about one of his most favorite things in the world – sports!

Tune spoke on what made him a Lakers fan, what he thinks bonds athletes and rappers, Dwight Howard, Kobe Bryant, which NBA players he is close to, and plenty more.

You can read the full conversation between L.A. Weekly and Weezy F Baby below!

END_OF_DOCUMENT_TOKEN_TO_BE_REPLACED 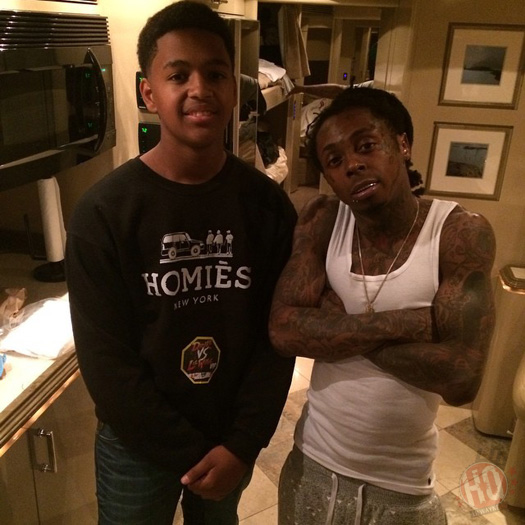 After some of his shows on the “Drake vs. Lil Wayne” tour, Weezy F Baby has invited fans as well as his celebrity friends onto his tour bus and took pictures with them. You can check out these pics after the jump below!

Young Money’s Tunechi and Drizzy Drake are next set to perform on their joint tour tomorrow in Morrison, Colorado at the Red Rocks Amphitheatre. Drizzy is currently in the lead 12-11.

END_OF_DOCUMENT_TOKEN_TO_BE_REPLACED

ESPN The Magazine have released their latest issue called “2014 World Cup”. Inside the magazine, a new Lil Wayne interview can be found that you can read below.

Tune discussed social media, getting Kobe Bryant to tweet out a promo cover for Tha Carter V, Kobe coming up with “Tha Carter V Season” album campaign, getting Floyd Mayweather to preview the “Believe Me” single, which athlete he would have next to promote his upcoming album, being fans of the Boston Red Sox and the Green Bay Packers, his “Fuck the Heat” comments back in early 2013, Donald Sterling, C5, and more.

Click here to purchase the new ESPN The Magazine issue. Weezy F Baby also said that he can’t remember he recorded a song dedicated to Kobe Bryant, because he has recorded so much music!