I wasn’t going to post this song because it’s just Fat Joe using a sampled Lil Wayne hook from Weezy‘s “Pray To The Lord” record. But the track is kinda dope and it is official as it will be on Fat Joe‘s The Darkside Vol. 1 album, which hits stores next Tuesday. As a bonus, we have also included Gudda Gudda‘s “Money Or Graveyard” track featuring Tunechi tagless and CD quality. STREETRUNNER who we have previously interviewed produced the Joey record, and you can stream/download both songs below:

Here is a track from Young Mula’s Gudda Gudda called “Money Or Graveyard” featuring his boss, Lil Wayne (who also produced this track as well). This song is from Gudda‘s Back 2 Guddaville mixtape which you can download here! You can listen and download this record below, enjoy!

In an interview with AllHipHop.com, Game says that Lil Wayne‘s No Ceilings mixtape was too good and he killed everybody with it! Game also speaks about how he got Weezy and Birdman on his mixtape for this record.

This Gudda Gudda song called “Small Thing To A Giant” was released last week with DJ tags on, and now we have the tagless/CDQ version. The record features Lil Wayne and is going to appear on Double G‘s Back 2 Guddaville mixtape which is dropping this month. You can listen and download the song below:

Shouts to KC, and check what Jae Millz recently said about Tha Carter IV below in an interview:

As soon as Wayne gets home, The Carter IV is dropping. It’s already finished; he finished it before he went in so as soon as he gets out he’s dropping that and we hitting the road. 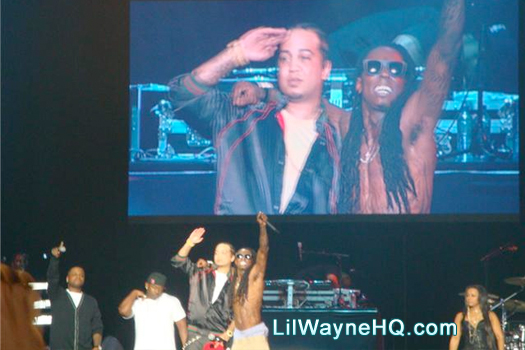 Here is another dope track by Gudda Gudda and Lil Wayne called “Small Thing To A Giant“! This song is off Gudda‘s Back 2 Guddaville mixtape, which is dropping sometime in April. You can listen and download the record below:

Shouts to DJ Ill Will