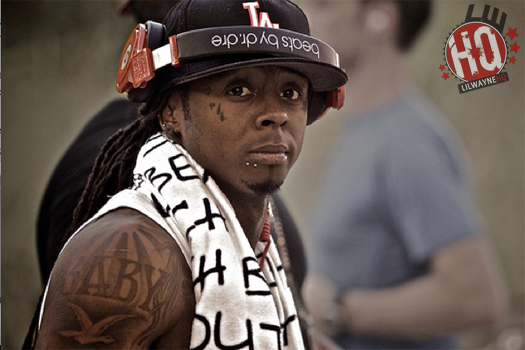 Lil Wayne was spotted in Miami yesterday rocking his custom-made “Tha Carter IV” Beats By Dre Pro headphones, which have “Carter IV, Lil Tunechi, 504” on them. How cool would it be to cop a pair of these ❓

END_OF_DOCUMENT_TOKEN_TO_BE_REPLACED

Ever since Lil Wayne‘s Tha Carter III was released on August 19th, 2008, everyone’s been anticipating the next chapter of Tha Carter series, Tha Carter IV. The anticipation grew more once Wayne was sentenced to a year in prison, due to a felony gun charge. The hype of the album is so big, that Complex considered it in their “25 Most Anticipated Albums Of 2010”. Lil Wayne‘s Tha Carter IV made #7 on the list, which may be a disappointment to most of his fans. But despite it’s lower-than-expected ranking, it’ll be an album to remember. Here’s what Complex had to say:

During last summer Universal said this record would be released in the 4th quarter of 2009, after Rebirth, so clearly there are songs recorded. But with Rebirth’s release at a standstill due to lack of interest and the Best Rapper Alive ‘pon lock for most of 2010, we’re thinking Universal, and more importantly their shareholders, are gonna force this LP’s release by the end of the year. The big question is, will it be a frankenstein of the rap records he’s made post-Rebirth, or will he scrap everything when he gets out of jail and put together an entirely new LP reflecting his presumably changed world view?

What do you guys think about Tha Carter IV only reaching the #7 spot, and do you all think it will be released this year?