Tech N9ne recently sat down with HotNewHipHop to discuss the stories of how his biggest mainstream collaborations came about. One of these collabos was the 2011 All 6’s And 7’s cut, “Fuck Food“, with Lil Wayne, T-Pain and Krizz Kaliko.

The Strange Music leader explained how he was surprised that he was put on a song with Andre 3000 on Tha Carter IV, why he decided to send “Fuck Food” to Tunechi, and what him and Tune talked about in Rikers Island.

You can check out the conversation in the clip below. If you wish to skip straight to the “Fuck Food” story, then go to the 8:10 mark. Don’t forget that we will also be hearing a new Tech N9ne and Weezy track called “Bass Ackwards” soon!

END_OF_DOCUMENT_TOKEN_TO_BE_REPLACED 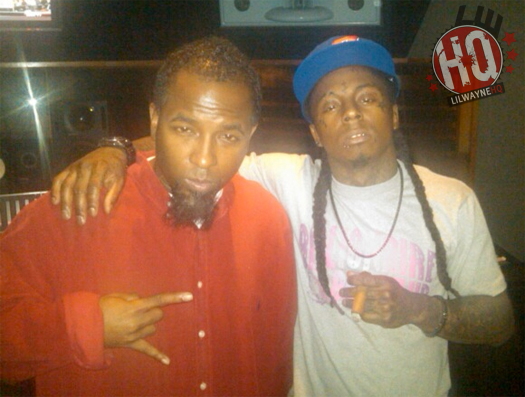 New record from Tech N9ne called “Fuck Food” featuring T-Wayne (Lil Wayne and T-Pain), and Krizz Kaliko! Tech‘s All 6’s And 7‘s album will be in stores on Tuesday (June 7), and this track was produced by Seven. You can listen and download this dope song below:

Complex spoke to Tech N9ne about what it was like working with Lil Wayne in the studio, and what we can be looking forward to from the rappers collaborating:

“It was really enjoyable to see Wayne like what I do. I went down to Miami at their studio The Hit Factory. I got there late the first night, like at one. They got there at 12. I started writing it around one. Fell asleep at 2:30, left the studio, and said, ‘Yo, I’ve got to come back the next day.’ And then we came back the next night and I got to the studio and recorded it before they returned to the studio. So by the time he got to the studio, we already had it recorded with his engineer Mike Banger. So he got to hear it and he really enjoyed it—he listened to it like three times. He saluted me and everything. It was a beautiful feeling man. We did one song for Tha Carter IV and he’s doing one for my album. I mean, I can’t really describe the song we did, but it’s MCing, rapping. Just going. You know how he was doing ‘A Milli’ and it was just rapping? Boom. That’s what we did. We brought our MCs to the table. Rapping, motherfucker. We don’t have to have no certain subject, we were just going. I have no idea who produced the track. He didn’t even know.

So it looks like Tune will be on Tech‘s album (the song will be called “Fuck Food“), and Weezy will have a verse from Tech on Tha Carter IV.