Tag Archives: its me remix

Swizz Beatz was the special guest on episode 54 of Elliott Wilson and Brian “B.Dot” Miller’s Rap Radar Podcast with TIDAL.

Around the 3 minute mark of their sit-down conversation, the New York producer and rapper spoke on him and Lil Wayne performing the “It’s Me…” remix live at Summer Jam, as well as how JAY Z told him personally after he heard “Pistol On My Side” that he loves when he gets together with Wayne.

Later on in their interview, Swizz talked about taking Tunechi out of his comfort zone with “Uproar” and not even noticing that Tune said he doesn’t like the “Green Ranger” beat on Dedication 4, which uses the same sample as “Uproar“. You can check out the full podcast in a video after the jump below!

END_OF_DOCUMENT_TOKEN_TO_BE_REPLACED 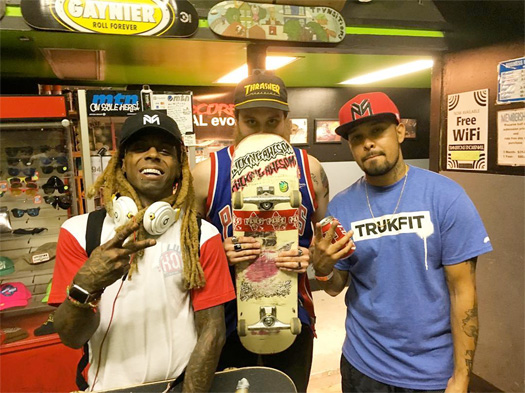 The song appears on Swizz‘s One Man Band Man album, which was released back in 2007. Beatz is also the producer of this track.

“J’adore les Francs, yeah I love my riches; Bonjour money and au revoir bitches; Il ne petit, we do it the biggest; And nous ne rats mean we ain’t snitches; Now can ya tell me how good my French is – voulez-vous coucher avec moi bitches?”

You can listen to the “It’s Me…” remix below.