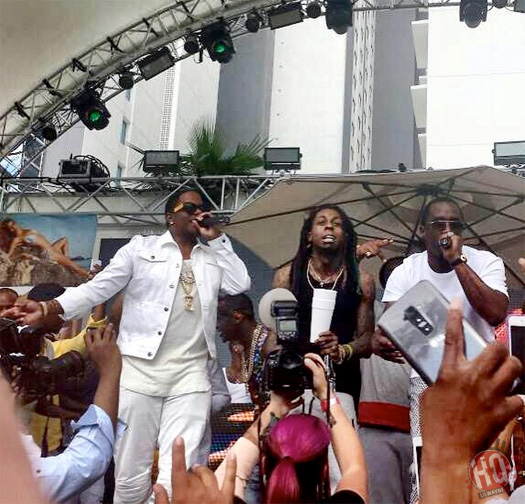 As Diddy and Ma$e were performing “Mo Money Mo Problems” live, Lil Wayne came over to say hello and then Diddy pulled him up onto the podium so that he can rap the words to the song.

You can watch footage of this after the jump below!

END_OF_DOCUMENT_TOKEN_TO_BE_REPLACED

Ma$e recently spoke to XXL for an interview and when he got asked about who he would choose to be on his hip-hop version of Mount Rushmore, he named Lil Wayne, because he’s a big fan of Wayne when he is high. The other rappers/groups that made Ma$e‘s top 5 hip-hop list were The Notorious B.I.G., N.W.A, Nas, and Jay-Z.

“1. Biggie 2. N.W.A 3. Nas… Nas is one of the illest. 4. Weezy… I like No Ceilings Weezy, I like Weezy when he’s high. 5. Its a tie between… nah it’s not a tie, I’mma go with Hov. I wouldn’t say Em because the way Eminem rap… there were all types of niggas who rapped like that who couldn’t get on the radio. Same rapid flow never got put in that light.” 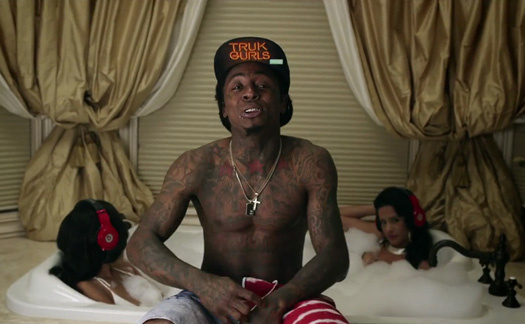 Here is the official music video for L.E.P Bogus Boys‘ “Commas” single featuring Lil Wayne and Ma$e. You will be able to find this Southside and TM88-produced song on L.E.P‘s upcoming debut studio album, due to be released later this year.

The Clifton Bell directed-visual, which was shot in Miami, Florida on April 16th, includes a cameo from Birdman. Click here to view some behind the scenes photos from the “Commas” video shoot!

END_OF_DOCUMENT_TOKEN_TO_BE_REPLACED 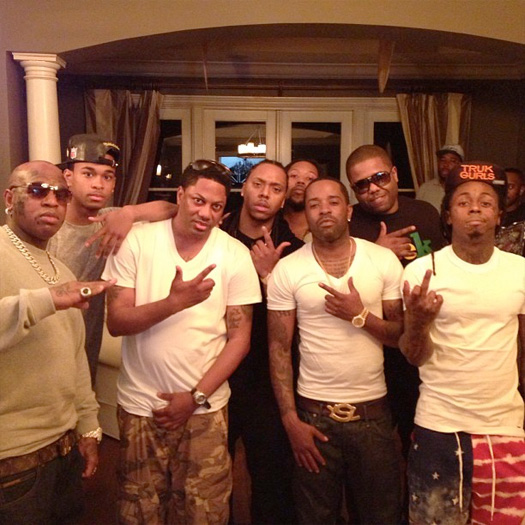 Check out some behind the scenes photos of L.E.P Bogus Boys shooting a music video for “Commas” featuring Lil Wayne and Ma$e in this post. The video shoot took place yesterday in Miami, Florida and by looking at the pic above, it looks the Birdman will be making a cameo in the visual.

If you have not already heard “Commas” or you want to listen to the song again, you can do so here. Hit the jump for more pics from the video shoot!

END_OF_DOCUMENT_TOKEN_TO_BE_REPLACED

You can stream the Southside and TM88-produced song after the jump below.