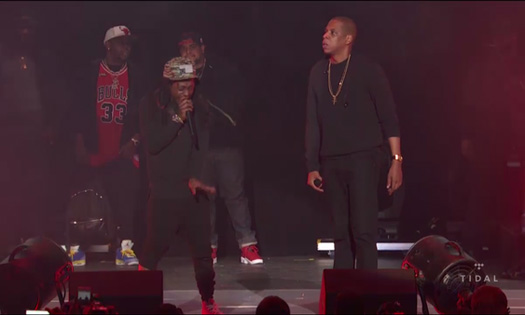 Jay Z brought out Tunechi during his “Hello Brooklyn 2.0” performance, which was only right considering the borough that they were in, and then Tune performed his “No Worries” single before leaving.

If you missed Jay and Weezy‘s live performance on the live stream last night, you can watch it in the video below. Click here to watch Nicki Minaj perform live with Beyonce at the same show!

END_OF_DOCUMENT_TOKEN_TO_BE_REPLACED

Watch A Live Stream Of The “TIDAL X: 1020” Concert Featuring A Performance From Lil Wayne

Lil Wayne is one of the headliners of the show, which will also include live performances from Jay Z, Beyonce, Nicki Minaj, Prince, Usher, T.I., Damian Marley, Fabolous, and plenty more music artists.

If you could not make “TIDAL X: 1020“, then don’t worry as TIDAL are streaming the concert live (even for the non-subscribers), which you can check out after the jump below!

END_OF_DOCUMENT_TOKEN_TO_BE_REPLACED 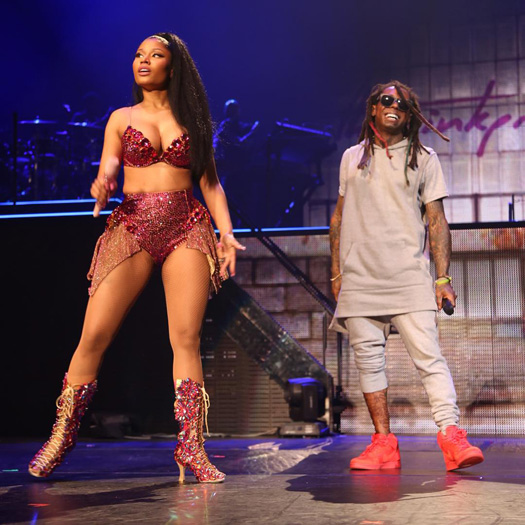 Not only did Lil Wayne attend the “Dew Tour” in San Francisco, California on October 20th to support his skater friends taking part in the Toyota City Championships, but he also performed live at the competition. Weezy F Baby performed his latest single “No Worries” and a song which most people in the world have heard – “A Milli“.

You can watch Tunechi performing “No Worries” in the video above. After the jump, you can watch a few clips of Tune performing “A Milli” and view some footage of him leaving the event.

Click here to view lots of photos from the “Dew Tour“!