If you didn’t know, Lil Wayne filed a lawsuit against Quincy Jones III recently claiming that he never gave him permission to use his music off Tha Carter III in the DVD Quincy put out called “The Carter Documentary“. In the videotaped deposition above, you can watch Quincy Jones III‘s lawyer, Pete Ross, ask Wayne some questions, but he does not seem to give a single fuck.

Weezy pulls his TRUKFIT hoodie up and gives hilarious, as well as awkward answers to the lawyer in front of the judge, such as he doesn’t recall going to Rikers Island in 2010. We all shouldn’t laugh, because it’s a serious matter, but you can’t help it when you watch how Tune replies to Quincy‘s lawyer.

At the end of the video, Tunechi even tells Pete Ross that the judge can’t save him in the “real world”. Let’s hope Marley G don’t see this!

Thanks to TMZ for the footage.

UPDATE: I have added another clip from Lil Wayne‘s deposition video after the jump below.

END_OF_DOCUMENT_TOKEN_TO_BE_REPLACED

Above is a preview of Shakira‘s “Give It Up To Me” music video. The full video will premiere on Monday, and I wonder if Lil Wayne will make an appearance in it ❓ I hope so…

Also last week, Quincy Jones invited some of his celebrity pals over to his crib in L.A. to view “The Carter” documentary:

Via RR, and hit the jump to see RollingStone‘s interesting review of the documentary:

END_OF_DOCUMENT_TOKEN_TO_BE_REPLACED 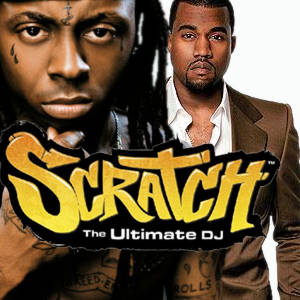