Tag Archives: ride for my niggas 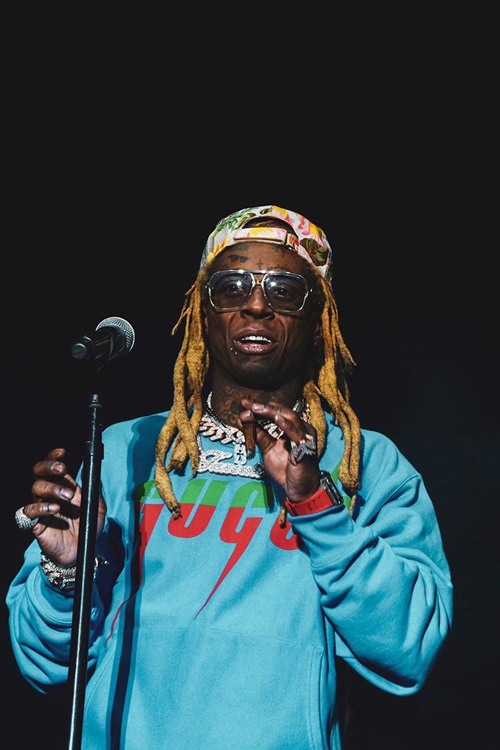 I previously posted up some photos last week, and now we can watch Lil Wayne‘s full set at the 12th annual Soundset Music Festival, which took place at Minnesota State Fairgrounds in Minneapolis, Minnesota over Memorial Day Weekend on May 26th.

You can watch Tunechi headline this year’s Soundset Music Festival for the very first time after the jump below. Enjoy!

END_OF_DOCUMENT_TOKEN_TO_BE_REPLACED 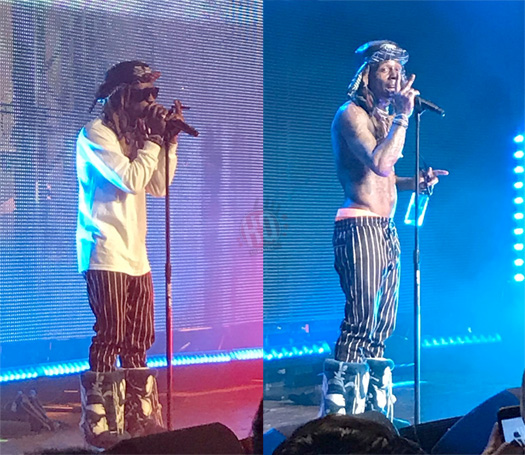 END_OF_DOCUMENT_TOKEN_TO_BE_REPLACED

Key Glock Jams Out & Raps Along To “Ride For My Niggas”, Calls Lil Wayne His “Favorite Rapper” [Video] 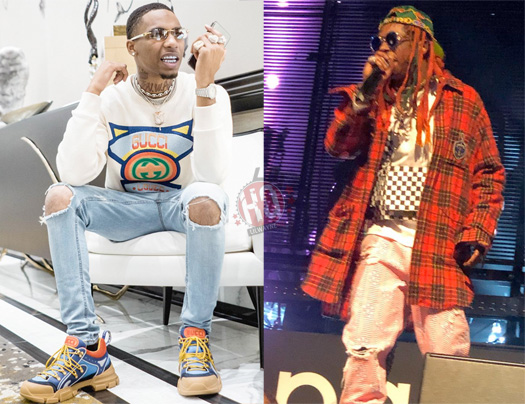 Key Glock recently took to social media to film himself listening to Lil Wayne‘s “Ride For My Niggas” aka “Sky Is The Limit” song off Da Drought 3.

While rapping along to the classic freestyle, which you can check out below, the Memphis rapper also called Weezy his “favorite rapper”.

Would you like to see a collaboration from the Glock and Tunechi in the future?

END_OF_DOCUMENT_TOKEN_TO_BE_REPLACED

Back in 2016, G Herbo revealed his favorite ever verse in hip-hop belonged to Lil Wayne on his “Hot Shit” collaboration with Juelz Santana. However, he recently appeared on Pitchfork‘s “VERSES” series and announced that his favorite verse has now changed to be Wayne‘s “Ride For My Niggas” aka “Sky Is The Limit“.

The Chicago rapper then went on to break down the wordplay and recite the Da Drought 3 song, which is a remix over Mike Jones’ “Mr. Jones” beat. Herb mentioned that the lyrics still give him chills to this day and not many tracks do that to him, as well as recalled the first time he heard it.

You can watch G Herbo discuss his favorite ever verse after the jump below! Is “Ride For My Niggas” your favorite verse/song in hip-hop?

END_OF_DOCUMENT_TOKEN_TO_BE_REPLACED

YFN Lucci recently sat down with REVOLT TV to appear on their “On Clout 9” series, which is where music artists rank certain topics on a scale of 1 to 9.

During their conversation, YFN was asked to rank Lil Wayne‘s Da Drought 3 and No Ceilings mixtapes to which he gave them both a high ranking of 9.

He also called DD3 “one of his favorites” and revealed his favorite songs from both projects are “Ride For My Niggas (Sky Is The Limit)” and “Run This Town“.

You can check out Lucci‘s interview with REVOLT after the jump below. If you didn’t already know, he is currently dating Wayne‘s daughter Reginae Carter!