Lil Wayne To Perform Live In Beverly Hills This Month 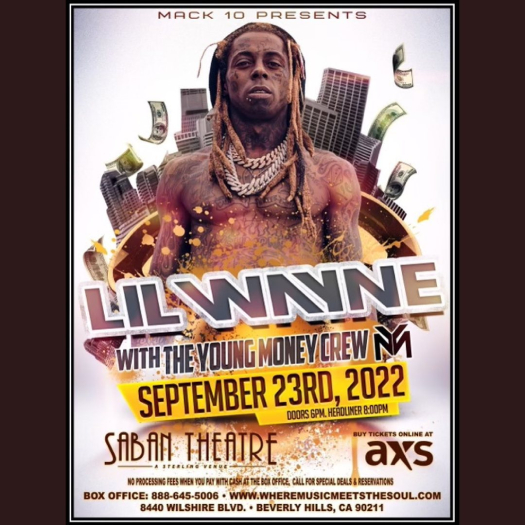 Later this month on Friday, September 23rd, Lil Wayne will be putting on a live concert in Beverly Hills.

Weezy and his Young Money crew will be performing their hits live at the Saban Theatre in California. The doors for the venue will open at 6PM.

If you wish to attend this show, click here to order your tickets online, which vary in price from $99.00 – $245.00. Are you planning to go and see Tunechi perform live?